How Software Is Eating Sales 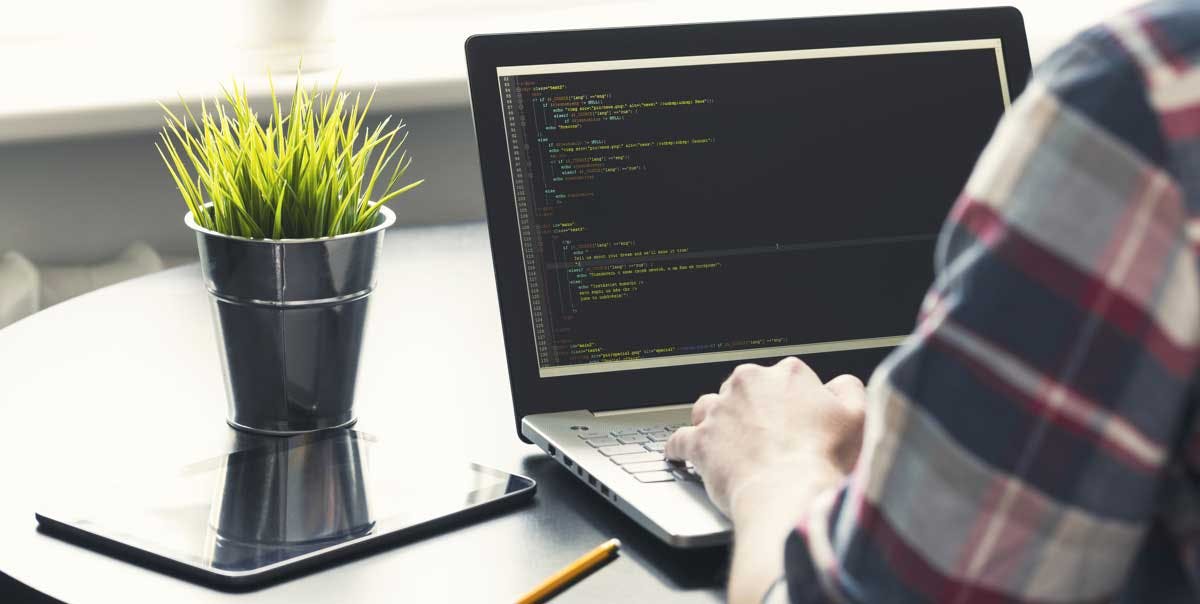 In Marc Andreessen’s WSJ essay back in 2011 he proclaimed, “Over the next 10 years, the battles between incumbents and software-powered insurgents will be epic.” But all those techie versus Luddite slugfests aren’t just happening between big companies in big industries. If you move horizontally you’ll see some of the same stuff happening. Software is eating sales. Let’s look at some of the impact.

Down With Data Entry

Salespeople are learning to love data as long as it’s not data input.

“If you talk to any rep, a lot of the data isn’t captured,” Neeraj Agrawal of Battery Ventures told me on a recent call. “They’re wasting time entering data and it’s really an organic process.” Things are improving, though. You’ve probably used an app or two over the years that sucks in contacts from other repositories and social networks. The challenge is that it’s usually an all-or-nothing proposition, often lacking the granularity needed to really mine your data. 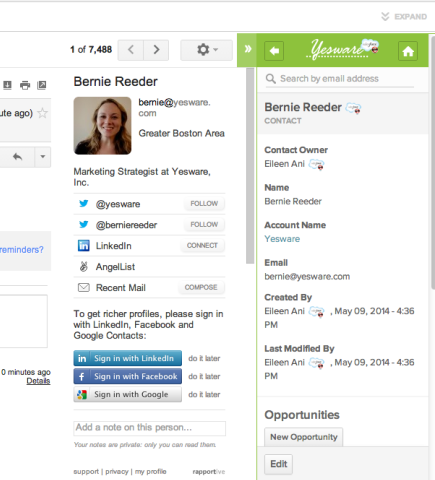 Vendors are starting to figure out that data entry has to become more seamless, that is, more closely integrated into the work process. One of the things I’ve become accustomed to is mousing over an email address inside of Gmail and seeing a person’s profile, courtesy of Rapportive. I can then intuitively add that person as a contact while I’m still in the same stream and flow. It’s almost a linear process in a very non-linear sales environment.

You can quickly see other things that can be layered on top of that. Yesware, for example, provides an omnipresent sidebar in Gmail that allows salespeople to quickly cross reference emails with contact information housed in Salesforce. It works alongside Rapportive, giving you the big picture on who this person is and where they stand in the sales process. Now I can pull in contact data or push out an email template, again, all in a very integrated way. Intelligent data gathering will continue to improve the sales workflow and with it we’ll see productivity gains.

Warming Up The Cold Call

Cold calls are another thing that could use a software boost. We’ve lived with LinkedIn for a while now and though it’s certainly changed things (research) it’s largely a recruiting and brand vehicle. What’s more interesting is how companies are building on top of the larger networks and enterprise platforms. Some are using location-based technologies to create a B2B Foursquare of sorts. Others are probing inside and outside the firewall and mashing up LinkedIn data. 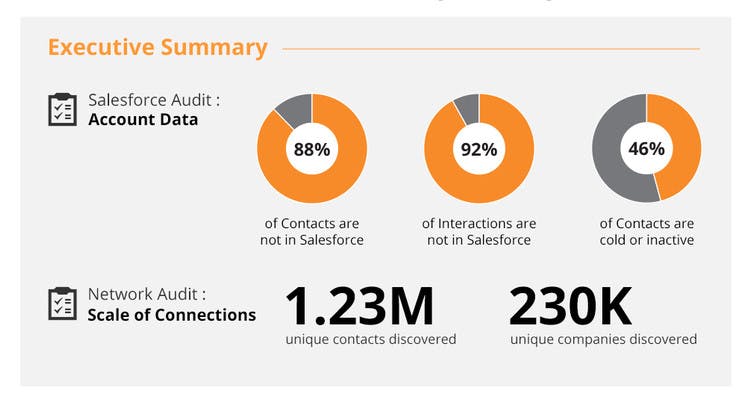 The gorilla, though, is of course Salesforce.com and its massive community. Irish startup Datahug is one of those companies that hopes you continue to feed Salesforce everything. It’s built technology that extrapolates intelligence from that data (see example on the right) and combines it with other pieces like VOIP, calendars, and messaging.

Once everything is processed, organizations can uncover connections and see how much of their information is current. Once a team has that sort of purview, companies can make proactive adjustments around sales support and marketing. CEO Connor Murphy told me his customers are already getting smarter about their pipelines.

We’ve seen the fits and starts of niche networks for several years now. ‘Not another social network!’ we said for what seemed like an eternity. But now with billions online, smartphones in everyone’s pocket, and waves of industry consolidation, things are shaking out. First, I’ll go back to the linear analogy. A recent piece in Harvard Business Review featured feedback from a number of big brands related to their views on marketing strategy.

“The primary problem with the funnel is that the buying process is no longer linear. Prospects don’t just enter at the top of the funnel; instead, they come in at any stage. Furthermore, they often jump stages, stay in a stage indefinitely, or move back and forth between them.”

That actually describes a lot of what’s happening as social networks go vertical. And the dynamic for salespeople is much bigger than an under-utilized LinkedIn group.

These are business networks that certainly have a social layer, but the attraction is that things are closely tied to real business processes. One of the more mature examples is Austin-based Spiceworks, an online network used by more than 3000 brands to procure high-tech products, services, and support. If you’re selling hard drives and your customer has a Spiceworks login, you might not even get a chance to send him a quote. The company described a typical scenario to me on a recent call.

“If an IT person uses our app, he’ll get alerts if there’s particular needs based on some parameters. Let’s say it’s a hard drive that’s about to run our of space. In the past she would have just called one of the big suppliers. Now she can ask peers, request an RFQ and even test something out, all by the time they get to the end of the funnel.”

That’s a big piece related to all the vertical activity. Loads of customers now depend on software-driven pre-sales, notifications, and even advice on things usually set aside for humans. In other words, now is a really good time to make sure you’re finding ways to be the focal point for something. Spiceworks told me a popular draw for clients these days is the ability to manage Office365 within its portal. To many companies that’s mission-critical, and it’s enough to keep them coming back.

Salespeople will endure no matter how big software’s appetite grows. The good news is that all these things we’ve discussed should ultimately help the sales profession. Sure, software will upend some of the things you’ve been accustomed to, but few would disagree that more intelligence and visibility built into the sales process is a negative.

As these tools and technologies mature, so will our view of our customer and the sales process. Technology shouldn’t lead any strategy, but it can certainly amplify what needs to be improved. Let software eat inefficiency.