Selling Your Sales Talent on Growing With You 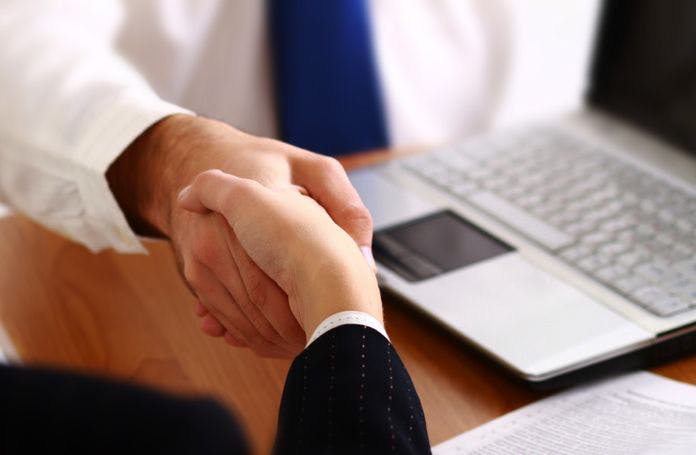 The jobs market is still struggling to recover, but don’t tell the nation’s top companies that. Elite employers are fighting to recruit—and keep—top talent. Unless your name is Google, which once again topped Universum’s list of most desirable brands to work for (IBM, Microsoft, BMW, and Intel round out the top 5), young talent is auditioning you as much as you’re auditioning them.

And landing qualified individuals is only half the battle. The average tenure a person 30 and under—the most desirable demographic for startups and emerging-stage companies—stays no longer than 28 months, reports Business Insider. The reason for their departures? They’re not challenged enough on the job.

That may not be true of all professions. Consider one of the toughest jobs out there: That of a salesperson. They have to deal with rejection, they have to excel at competition, and they have to find intrinsic motivation to keep getting up to bat despite the odds, the occasional replacement refs and the tough crowd.

Putting a Good Team Together

So how do you go about putting a good team together? One of our favorite pieces of advice for forming your team comes from Burberry CEO Angela Ahrendts, who turned the 156-year-old brand into a company with a $4.4 billion market cap. She achieved this by doing the following: “I’ll often introduce an extreme right-brain candidate to a group of my most extreme left-brain executives, and vice versa,” she told BloombergBusinessWeek. If they can’t relate to each other, chances are they won’t fit into our culture. It’s not that you can’t have extremes, but you have to build a team that respects the value that both sides bring to each new challenge.”

Once you’ve settled the forming stage, you’re ready to move on to gelling. The good news first: Fresh blood tends to be hungry and eager to please. They’re happy to try new approaches and are open to creative techniques. So do yourself a favor and don’t go the traditional commission-only compensation route. To keep people motivated, think from their point of view. Align with their goals, their hobbies, their passions.

Is fishing John’s favorite pastime when he’s not in the office? Consider incentivizing him to hit his sales goal with an end-of-quarter trip for him and his buddy. Hobbies are also a great way to connect outside of work, as well as a barometer of your work ethic, Sinclair Schuller, co-founder and CEO of Apprenda, a computer software company that allows organizations to bring cloud DNA to their existing applications, told Inc. “If you’re a good rock climber or a hunter, that shows you’re patient, you’re persistent, and you’re goal-oriented.”

And speaking of goals, are they realistic? Have you analyzed why certain people on your team are always exceeding their quotas and why others are always falling behind? Did your top salesperson slip? What’s the root cause?

Taking a few extra minutes to check in with your team—and really find out what’s motivating them from the inside out (are customers complaining about a feature? Is after-care service not up to par?) can save you precious time and money later.

Actions as a Leader

Finally, your actions as a leader are the best motivator. Build an excellent employee referral system where staffers are rewarded for bringing in quality hires to any department within the organization. And create a culture that prefers to promote from within, when it makes sense.  It sends a strong message to your employees that you value the time they put into the company, as well as any extra effort they take upon themselves to grow into future roles.

For example, “Contrary to what many people think, amazing software engineers can also have the potential to be amazing managers. Some people have the desire to see their roles mature as the company matures. When they have the skills, that’s the perfect way to grow your own,” advises Schuller.

Sales Qualified Leads: How to Find and Convert SQLs