Why Storytelling Is Scientifically Proven To Boost Sales 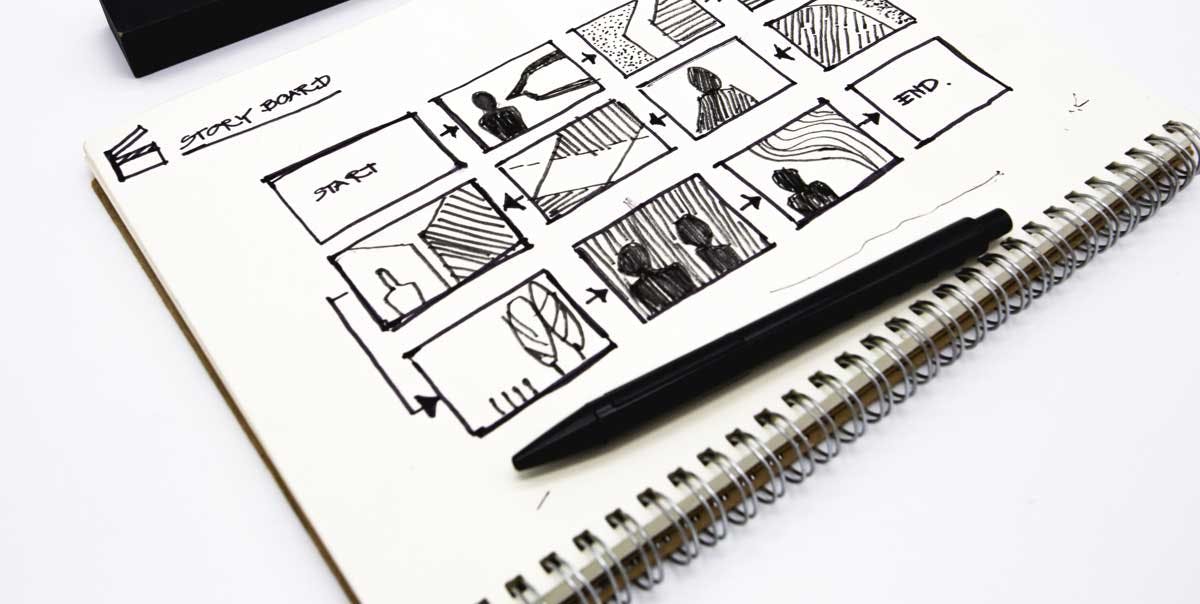 Captivating your audience in sales is an art as much as it is a science. Enter, sales stories.

“Storytelling is the hot new trend in sales,” says Rivka Willick, a story coach and writer who works with salespeople to infuse story into their branding and content, based in Passaic, N.J. “But I’d say that only 20% of people who use it understand it, and the rest have no idea what they’re doing. A good salesperson knows how to talk; a great salesperson knows how to tell sales stories.”

Storytelling in sales is a strong persuasive technique that’ll hands-down build rapport and connections. Let’s take a look at how to do it.

Which stories work best?Track all email engagement from your inbox

Sales stories have a profound effect on our brains and our behavior. This goes back to childhood, when the most basic request we made as kids, besides “I’m hungry,” was “Tell me a story.”

The persuasive force of stories has been well documented. A series of experiments performed by neuroeconomics pioneer Paul Zak found that stories that are highly engaging and contain key elements — including a climax and denouement — that can elicit powerful empathic responses by triggering the release of Oxytocin. Often referred to as the “trust hormone,” this neurochemical promotes connection and encourages people to feel empathy. When released in the brain of your prospect it can help to build trust in your brand or product, and in doing so increase sales.

However, stories that do not have a clearly defined beginning, middle, and end do not engage our brains in the same way. In fact, people ignore them. In Zak’s own words:

Stories are powerful because they transport us into other people’s worlds but, in doing that, they change the way our brains work and potentially change our brain chemistry — and that’s what it means to be a social creature.”

This video explains the research in-depth:

In a nutshell, a killer story is full of visual and sense-based detail—and moves in real-time. I like to call it “making a movie with words.” It engages the recipient in a special way.

To hone your own storytelling skills, consider the following advice from the experts.

Appeal To Both Logic And Emotion By Combining Facts With Narrative

“I had a big revelation about the power of stories in the speaking I do,” says John Jantsch, author of the just-released “Duct Tape Selling: Think Like a Marketer—Sell Like a Superstar.” After giving a talk more than a dozen times a year for more than five years, “an audience member remarked afterward that I should add some stories to make it more interesting.”

So the next time Jantsch spoke, “I added three or four stories to help illustrate main points. Six different people told me that even though they’d heard me give that talk on several occasions, it was the best I’d ever done.”

That is: Combine compelling facts with attractive sales stories, and you’ve got a winning recipe to increase sales. Here, Jantsch says he’s benefitted from the research of psychology professor Michael Gazzaniga, director for the SAGE Center for the Study of Mind at the University of California Santa Barbara. His work shows that stories in presentations help sync the left and right hemispheres of our brain.

Use Metaphors In Sales Stories

“Stories, especially metaphors, work on the subconscious mind,” says Erik Luhrs, author of “Be Do Sale” and the man behind the GURUS Selling System website. “In sales situations, stories allow the subconscious mind of the prospect to truly ‘get’ and see the valuable application of the solution.” He adds that this is because neuro-linguistic programming shows that “all humans run 99 percent subconsciously and only 1 percent consciously.”

Metaphors help our brains experience a story, as if we were living it ourselves. Listening to a PowerPoint presentation where a presenter is dutifully reading off bullet points, for example, will activate the language processing parts of your brain, where you decode words into meaning. That’s it, nothing else happens.

But things change dramatically when you’re listening to a story. Researchers in Spain found that not only are the language processing parts of our brain activated, other areas of the brain that we would use if actually experiencing the events of the story light up too.

“Metaphors like “The singer had a velvet voice” and “He had leathery hands” roused the sensory cortex. […] Then, the brains of participants were scanned as they read sentences like “John grasped the object” and “Pablo kicked the ball.” The scans revealed activity in the motor cortex, which coordinates the body’s movements.” 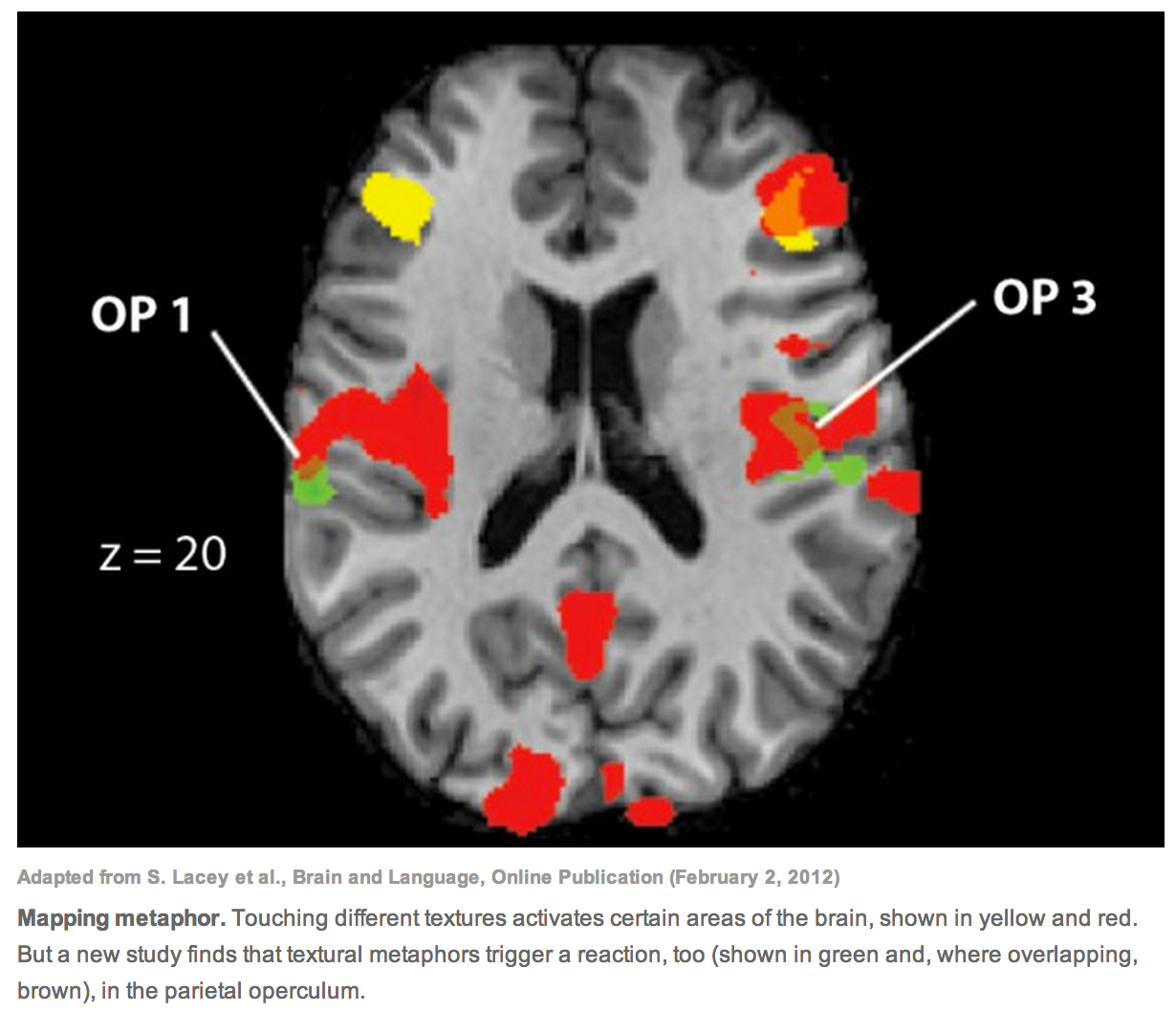 But there’s a flip side that illustrates a hard truth in sales: “It’s not just storytelling; it’s relevance,” says Sam Richter, founder and CEO of SBR Worldwide/Know More! and the Social Selling Institute, based in Minneapolis, Minn. “You have to understand what the other person is doing and you really have to do their homework. If someone told me a story and it had nothing to do with what I care about, it’s a waste of time. But if it’s a shared connection, or something I’m looking to achieve with my company, then that’s the key to it.”

So how does my story of writing this blog end? That’s not worth a hoot. Here’s the golden coin: Find your story. Write it. Hone it to perfection by rewriting it. Run it by an ally.

Now, commit it to memory. Connect it to your product or service and make it personal, not contrived. Then tell it. And see what a difference it makes.