What Makes for a Good Deal? 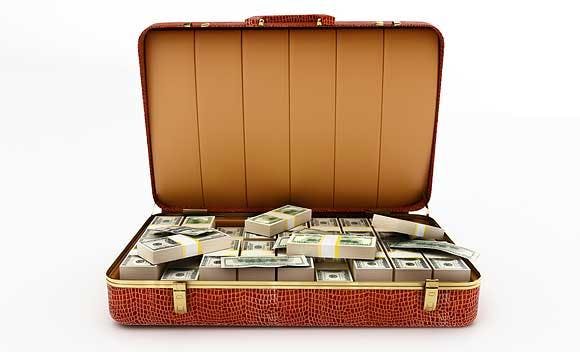 From ThinkNear’s $22.5 million sale to the confusion behind Color’s next steps—it’s closing, it’s selling to Apple for $10 million, its engineers are being acquihired for anywhere between $2-$5 million—this has been an interesting deal week for startups.

Consider, by contrast, Color’s story. Coming out of the gate with $41 million raised as it launched in August of 2010, the app was quickly eviscerated by users and panned by engineers who dug deeper into the technology. If anyone buys Color for a mere $2 million, it’ll be a steal, at about 5% of the company’s former glory. A bloodbath for its investors—who no doubt expected huge returns, judging from the PR fanfare the company bathed in when it debuted—recouping any money should be better than losing it all, right?

These startups tell two very different stories. We already know that the lean startup method works for most ventures. But these examples also got us thinking: What makes for a good deal? And what should CEOs be considering, sometimes from Day 0, when deciding whether to take on investor money to make themselves more attractive to sell later, or when speaking with current suitors?

What Makes for a Good Deal?

As with any business transaction, there isn’t a hard and fast answer. But here are the 5 major considerations:

As an investor, entrepreneur, programmer, and author James Altucher writes, “Don’t BS me. Everyone wants to sell their startup. We all pay lip service to building a billion dollar Groupon but in general, that’s a lie.” Decide whether you’re in it for the long-haul or you want to get out fast. Your strategy will depend on your end-goal and so will the deal you go after. Altucher suggests you prepare a year in advance, get your finances in order and follow the 20:6:3:1 rule: Make 20 calls, get 6 meetings, pursue 3 follow-ups, close 1 deal.

Fred Wilson, of Union Square Ventures, points to the acquisitions of YouTube and IPO of comScore to illustrate his point when it comes to judging the right time to sell (out). YouTube didn’t build revenues or EBITDA, but sold for $1.6B to Google in less than two years. By contrast, comScore built a platform over the course of several years and sold to HP, also for $1.6B. In both cases, the timing was right for the companies. Because video sharing went viral, selling quickly worked for YouTube—which needed the backing of a powerhouse like Google to fuel its growth. For comScore, building a platform takes time and proof of concept was an essential element in its value proposition.

3. Is this the right buyer?

“Buyers fall into two categories:  financial and strategic. Each buyer has different motivations.  Understanding them is critical because it will have a direct impact on the final sale price,” writes Mike Periu, founder of EcoFin Media. Startup founders tend to be very attached to their business, so understanding this distinction is a key point since a financial buyer will evaluate the company purely on the value of its assets while a strategic one, like in the case of an acquihire, will look toward leveraging your strengths and using your market position to further its own growth goals.

This isn’t the time to look at 10-year projections through rose-colored glasses. It’s time to analyze what your business has achieved, the customers it has attracted, and how much they’ve been paying. Sure, you have to project growth and demand. But now you’re in the conservative zone where wild speculation, hopes, and dreams are reigned in by fiscal pragmatism and a couple of years of “economic reality.” Put your financial house in order, advises Jason Femrite, an attorney with Procopio, Cory, Hargreaves & Savitch LLP. “Before proceeding to market, make sure your business is ready to go under a microscope. Potential buyers will typically conduct in-depth due diligence on your business before acquiring it. If their review uncovers any potential risks, they could be scared off or reduce the purchase price. By carefully reviewing your business in advance, you can identify potential weaknesses, eliminate red flags, alleviate a buyer’s potential concerns, and maintain your bargaining position.”

You likely got into entrepreneurship because you had a big idea. Congratulations, you sold at least someone on your value proposition. But have you seen your idea through? Are you ready to hand it off? What about your employees? How will your suppliers and vendors fare after the sale? Would you be better off to rebuff this offer, grow and then see who comes knocking? Before you sign on that dotted line, take a moment, turn your eyes away from all those zeros and go back to your early days. If you’re still passionate about your company today as you were then—and you have the customer base and other market validation behind you—maybe you’re not quite ready.

Startup executive coaches Marcy Swenson and Dale Larson blog that founders who sell should expect to go through the 5 stages of grief—no matter how amicable the sale was. “Everyone is affected by acquisition in their own way, but it’s a process, rather than a moment in time. Your company will not be exactly the same as it was before, and most people are uncomfortable with unexpected change…Pretending it’s all unicorns & rainbows feels creepy, but you also don’t want to complain constantly. Vent from time to time, use the resulting information to solve problems, and then get back to work.”

Moving on often isn’t easy. But at least when you feel that you’ve brokered a good deal—for yourself, for your venture and for your people—it can be more bittersweet rather than just bitter. Allow yourself a fixed amount of time to mourn, an entrepreneur friend of mine says take one week for each year the venture was operational, and then let the creative juices flow again. You’ve done this before. It’s time to clean out the garage and do it all over again.