Closing the deal: If you want to go fast, you better go slow 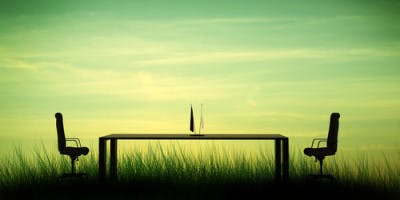 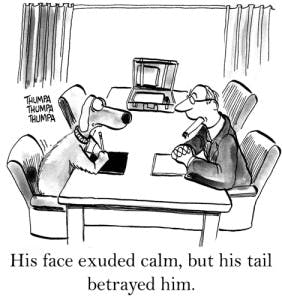 As co-founder of Harvard’s Program on Negotiation, Dr. William Ury is to art and science of brokering agreements what Jack Nicholas is to golf, or Paul McCartney to songwriting. He wrote two powerful books on the subject (“Getting Past No,” “The Power of a Positive No”) and co-authored “Getting To Yes,” a landmark business and sales text. And he’s been an occasional, exclusive guest on Yesware for the past few months, giving the benefit of his sales wisdom to you.

And in the following case, me.

The scenario I recently faced will no doubt resemble one that you or a sales comrade has encountered. A prospective client contacted me to create a web content property. As we batted around compensation, I realized this would be a lucrative opportunity.

But there was one problem: In this deal, I would act as a laborer and not a part owner. For all the value I’d create, and all the exceptionally tough work I’d do, didn’t I deserve to share in the rewards if it succeeded?

Mentors in high tech and friends in journalism certainly thought so, and told me so time and again. But I feared that bringing up the subject of an ownership stake would jeopardize the deal. Ouch. Does Dr. Ury make house calls?

I described my situation, and after listening thoughtfully, Ury advised me with a classic piece of advice that I took to heart. It’s so good, I want to single it out:

“There are a lot of deals struck that look fine in the beginning, but a deal is to be judged by whether it is implemented well. And to do that, it has to be set up well. You have to take that time up front. One of the best mottoes I’ve ever heard in negotiation is, ‘If you want to go fast, you’d better go slow.’”

You might be surprised to learn that in the end, the prospective account collapsed—but only because Dr. Ury’s advice revealed a fatal flaw in my negotiating partner that I’d overlooked in my zeal to do the deal.

The slower I tried to go, and the calmer I tried to talk things through, the more agitated my partner across the table became. Without an ounce of provocation, he escalated into red-faced name-calling and invective.

It’s true: For a second, I saw my paycheck flash before my eyes. Then I felt embarrassed for him.

“You should thank your lucky stars,” one mentor told me, “that you didn’t go into business with that guy. He wasn’t ready for prime time.”

Lesson learned: Never pursue a sale just to increase the bottom line when the deal is lopsided, or the client lacks integrity. In those cases, it’s better to just walk away, quietly, and pursue win-win partnerships of lasting value.

By contrast, revealing your own integrity and transparency in no uncertain terms can leverage a sales close like nothing else in your toolkit.

Counterintuitive as it may seem, this even makes an “anti-sales” approach effective. Ury cites the curious case of Bob Woolf, the man who beat out hundreds of suitors to become the agent of basketball legend Larry Bird.

Bird’s search for an agent was a curious, almost quaint affair: It was led by a committee of prominent townspeople from his hometown of Terre Haute, Ind. As Woolf moved into a finalist position for the job, the committee asked him to name an exact dollar fee for his services.

But Woolf refused. As Ury recalls the story, Woolf had always worked for a percentage, not a flat fee, and couldn’t make an exception that he viewed as being unfair to his other clients.

“I will not treat Larry Bird any differently than anyone else I represent,” Woolf told the committee, “and I am prepared to accept the consequences.”

Ury says: “It was down to whether he could represent Larry Bird or not, and that came down to his integrity with his existing clients—even if he was running the risk of losing Larry Bird.”

So Woolf blew it, right? Quote the opposite.

“That’s when Bird’s people went back to Larry and said, ‘That’s exactly the kind of guy you want representing you,’” Ury says.

Now: Think about the lifetime of earnings Woolf made, and all the players who sought him out, all because he had the courage to represent himself honestly, and stick to his guns for reasons of principle.

Lesson learned: When the biggest deals land on the line, the one thing you sell above anything else is yourself—your morals, character, ethics, and transparency. No matter how big the price tag on the deal, these assets of yours should never be sold out, but rather sold in service.

What daunting sales challenges and dilemmas do you face? Share them with us and we’ll do our best to get strong, straight answers from sales experts and masters.