Enchanted Objects: Coming Soon to an Office Near You? 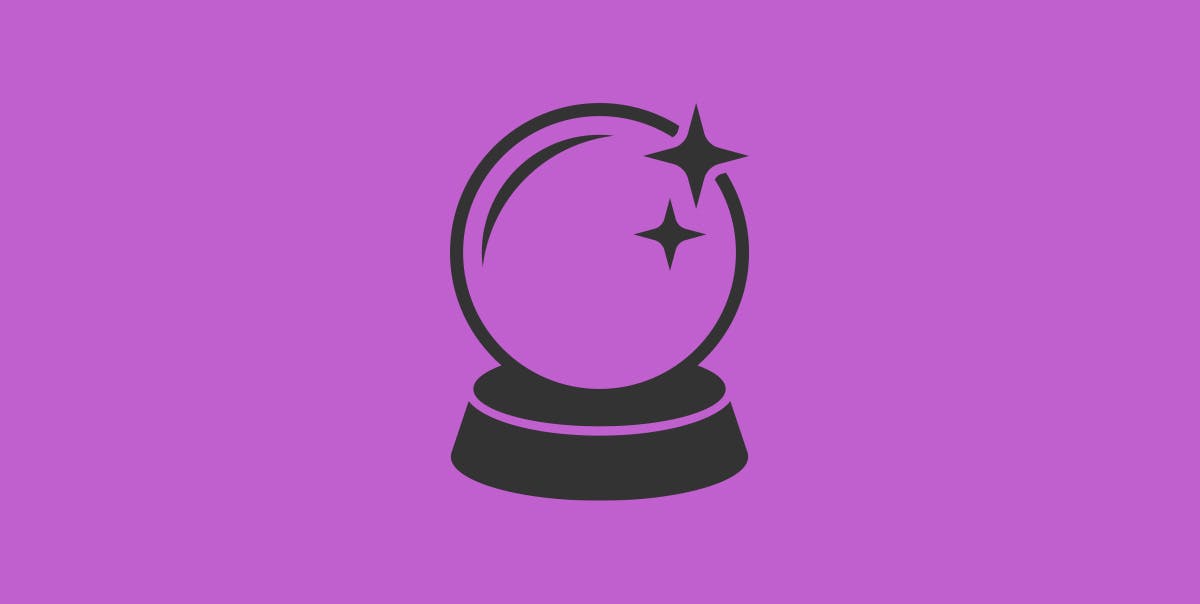 Recently, Yesware investor and VC Brad Feld’s smoke detector ran out of batteries. If this has ever happened to you, you can probably guess the result: a night of annoyance. But Feld managed to extract some insight from the evening of borderline farce: It’s high time for what MIT Media Lab scientist and entrepreneur David Rose calls “Enchanted Objects.” 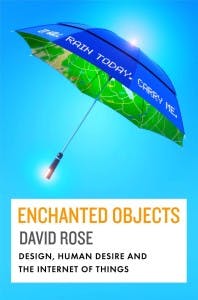 In his forthcoming book with that title Rose talks about a future where code lives not just in apps and slabs of glass, but in everyday objects, making computing ubiquitous and helping our things satisfy our desires without us even having to ask (i.e. a smoke detector that unobtrusively reminds us to make sure there’s a fresh AA on hand with a text message rather than a beep at 12am).

Homeowners can no doubt imagine a host of possibilities for these sort of enchanted objects, but what about knowledge workers who spend at least a third of their day in offices? How will this vision of the Internet of Things impact our workplaces? Yesware called up Rose up to ask him how the near magic of smart objects might make us all more productive.

What form exactly will enchanted objects take at the office? Rose offers one example from a collaboration he did with the architecture firm Gensler for the offices of Salesforce. He calls it a “conversational balance table,” and it’s a device you can think of as a subtle training aid for that common office scourge, the meeting hog. 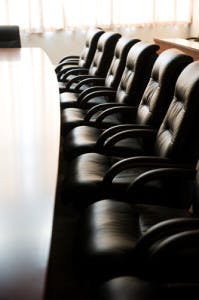 “Both introverts and extraverts have good ideas, as you would expect, but often the introverts are squelched by the extraverts and often not knowingly,” Rose explains, “so we designed a table with a microphone array around the edge that identifies who’s speaking. There’s a constellation of LEDs embedded underneath the veneer, so very slowly, as people speak, a little sprinkling of LEDs illuminate in front of where you are. Over the course of 10 or 15 minutes you can see graphically who is dominating the conversation.”

This ingenious piece of furniture plays the role of moderator when it comes to an individual meeting, but over time it’s effects can accumulate. “Over time it teaches a new fitness. People who have always been dominant may understand that even when they’re not sitting at the table, maybe they should moderate their dominance,” Rose says.

The conversational balance table is one example of enchanted objects at work, but Rose thinks there are hundreds of opportunities for the Internet of Things to improve our offices, citing conference rooms that capture what’s happening within them, either displaying the discussion as word clouds or providing a record of everything that appeared on the white board, as one example. Another is the product of a company called Perch, which provides long-distance video linkups for teams working remotely that switch the sound on only when you approach. “I think one of the biggest reasons that we like going into offices is a psychological esprit de corp, a feeling of comradery,” Rose says. “Perch repurposes your iThings, so you’re able to have a serendipitous video conference.”

If all of that sounds handy, you may wonder when you’re going to be getting some of these enchanted objects in your own office. Ther are no giant technical barriers to be overcome, Rose reports. Most of the stumbling blocks are mental. “The biggest barrier to adoption is just the momentum of what I call ‘the terminal world’. There’s this mentality that everything will converge into an app, into the app store, and because all of the hardware is there, that’s sort of the natural place that everything will go to mature,” Rose says.

While adoption may still be sluggish while people get their heads around putting code into things rather than tablets or smartphones, thanks to prototyping tools and 3D printing, plenty of experiments are already ongoing. “Kickstarter is really an amazing test bed for a lot of enchanted objects. There are literally dozens of ideas that have been prototyped. The numbers may not be massive, but everything is in place for these types of hardware software mashups to get to market faster,” Rose says.

But what if you think these objects sound less magical than annoying? With all our alerts pinging and phones buzzing continuously, do you really need your chair or your umbrella nagging you as well? Rose insists that if the design is done right so that the objects slip seamlessly into our existing routines, the Internet of Things can actually alleviate our information overload, rather than worsen it.

The key is to make sure the information streaming in from these devices is what perceptual psychologists call ‘pre-attentive.’ Rose likens it to the information coming in through your window about the weather and the time of day. “If I tried to make the case that you should board up your windows because you’d get more work done, you’d say, that’s ridiculous. That’s because most of the information you’re taking in from windows is pre-attentive. It takes less than a quarter of a second to perceive it, and it doesn’t have any cognitive load on you. When information in presented in that way, it’s not perceived as overwhelming,” Rose says.

Slipping information into our brains under the radar of our attention this way may be one of the great benefits of the Internet of Things for our productivity. “If you take some of the stuff that you might care about that’s work related, like how are the servers running, and distill it into ambient information, boy, that’s the antidote to information overload,” Rose says.

2023 Playbook: How to Create a Revenue-Generating Sales Plan [Template + Examples]