Sales Isn’t A Laughing Matter. But Maybe It Should Be? 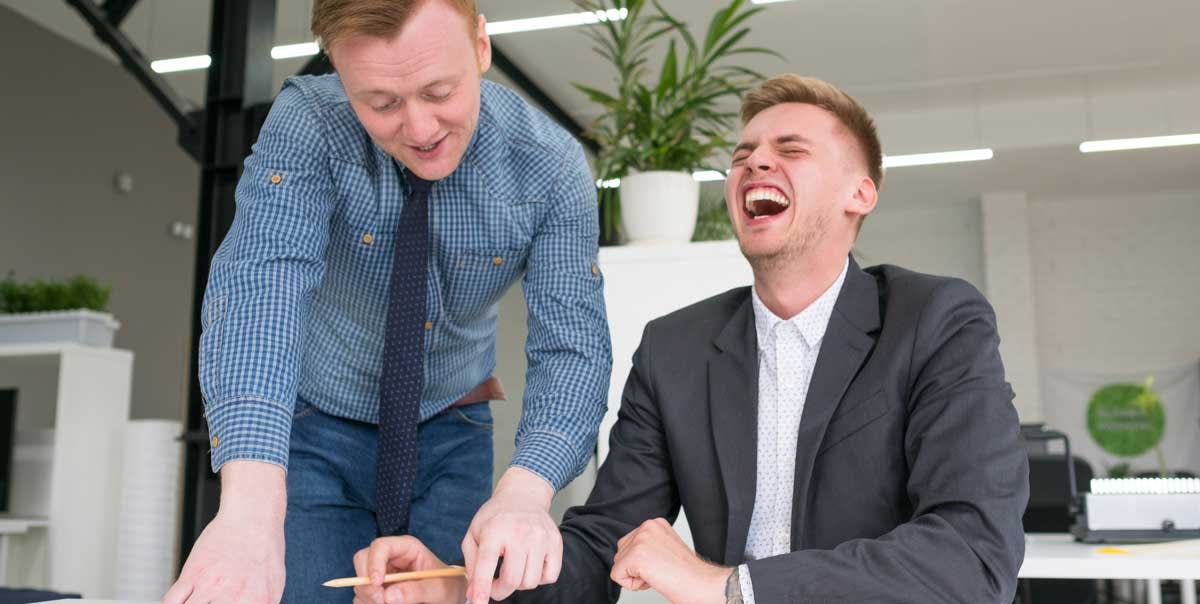 If you want to see the power of sales humor, then check out Michael Dubin’s March 2012 YouTube video for his then-new company, Dollar Shave Club.

To date, it’s been seen by almost 23 million people. It cost Dubin less than $5000 to shoot and has produced millions of dollars in sales (and raised more than $10 million in venture capital).

Experts agree: Humor in the sales environment is funny business with a real bottom line. In the office and on the client trail it can work to a stunning degree. Similar to sales stories, the use of humor in sales can lead to great strides. And yes, we’re serious about this.

First, let’s take sales culture in the office. In 2012, Accountemps talked to 1,400 CFOs, finding that nearly eight in 10 said that an employee’s sense of humor was important for fitting into a company’s corporate culture. The results broke down this way: 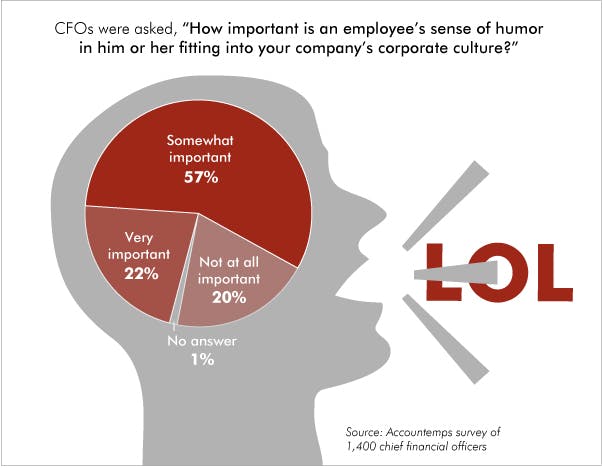 “A little levity goes a long way toward building rapport among colleagues and diffusing workplace tension,” says Kimberly Stiener-Murphy, Accountemps Branch Manager in Sacramento, Calif. “Levity by those at the top can also make the office more fun, which can boost morale and productivity, and raise retention rates.”

“Great cultures don’t happen by accident, but having humor in the workplace has been shown to drive success in the workplace,” says Mike Kerr, president of Humor At Work, based in the Calgary area.

One of our favorite examples of sales humor comes from our friends over at Acquia. Having a rough day? Just follow these four simple steps. 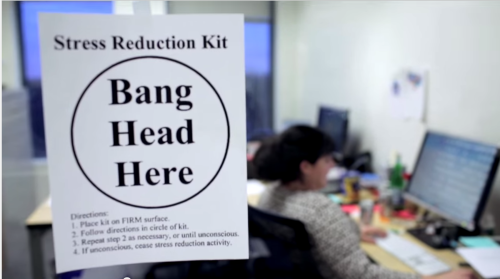 Throw In the Frog?

In a bizarre example of sales humor, Kerr cites a study by Karen O’Quinn and Joel Aronoff. They studied the purchase price of a painting; some sales reps proposed $6,000. Others proposed $6000 and threw in a pet frog. When it came time to negotiate, “the frog had a huge impact to the point where the buyer made a higher compromise on the final fee,” he says.

And in the book “Yes! 50 Scientifically Proven Ways to Be More Persuasive,” authors Noah J. Goldstein, Robert B. Cialdini and Steven J. Martin (not to be confused with the Wild and Crazy Guy) showed that sending a funny, inoffensive cartoon to the person you’re negotiating with generated higher levels of trust—and led to 15 percent larger profits. 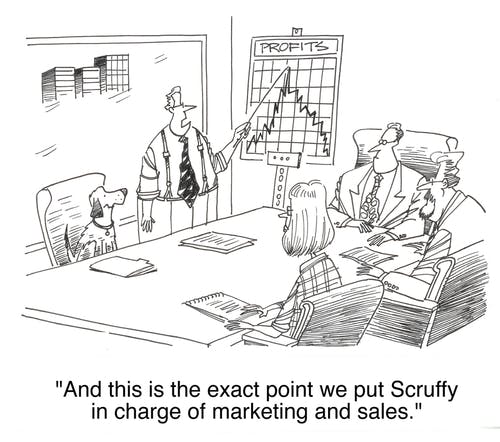 Yet sales humor is largely subjective, and trying to make it work with other professionals can prove daunting. Everyone’s seen the speech where a stiff speaker cracks a joke to a silent response. And a few unfortunates try to throw their audience a curve ball but hurl a decidedly wild pitch.

I was at a sales conference and two of my colleagues were to do a presentation, so they prepared online and over the phone,” she says. “And when they presented, one colleague put in an inappropriate joke that the other didn’t know about—a sexist joke that was very demeaning to my colleague. And she was devastated. It did some major damage.”

“You have to stay away from any hot topic—anything racist, sexist, ethnic or political humor,” Kerr adds. “Those are absolutely off limits, and sarcastic humor is a big no-no. Coming from a salesperson, it’s very dangerous.”

Lesson learned? “Practice safe humor, and if you can’t then keep it zipped,” he says. So what’s safe?

Richardson advises to go for humor that’s lighthearted. Let’s take the scenario where someone’s not returning your emails. “I saw this at a presentation by SalesLoft, where you show a picture of someone being chased by a rhino with the note, ‘I don’t know whether you’re being chased by a rhinoceros or I need to call animal control.’ It’s like a paradigm shift. It makes people go ‘what?’ and stop.”

The sales team at Yesware uses a similar email template to reengage with prospects that have gone MIA. There’s nothing funny about that reply rate: 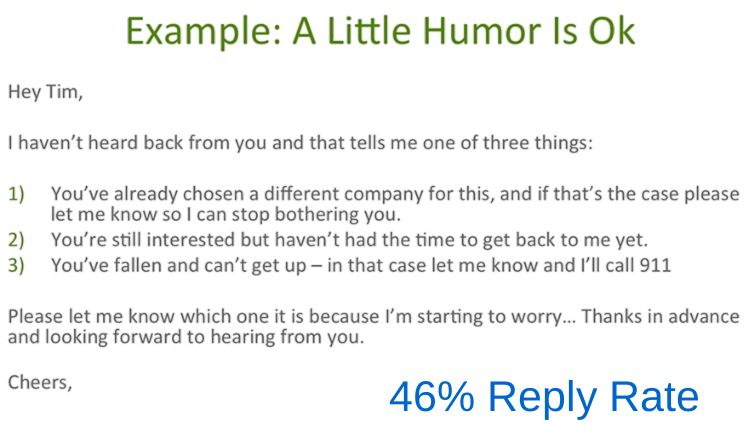 You can also try to be edgy, but that’s walking a fine line. “Some people are naturally funny and can drop some profanity, but I can’t pull that off,” Richardson says.

And therein lies a secret: Be yourself.

“People screw up because they try too hard to be funny,” Kerr notes. “Jerry Seinfeld says the whole object of being funny is to be yourself and the closer to that you come, the funnier you will be.”

Other Tips To Keep In Mind:

Sales humor at your own expense is safe, but don’t make yourself appear incompetent. You can joke about your hairline but don’t undermine your product line. “Self-effacing humor builds trust to show the real human being behind the salesperson,” Kerr says. “When a person shares a sense of humor that way, we see them more authentically: the real deal.”

If You Don’t Consider Yourself Funny, Study Up

“I encourage people to learn from improv,” Richardson says. “In improv, you see people acting more open, and when you’re on the stage you’re given an offer by another person. You accept that offer, and then you build on it. Instead of changing what the person is saying, you go ‘yes and,’ which is amazing in a business or sales environment.”

Laughter Really Is the Best Medicine

“Allowing yourself a few minutes to chuckle at the day-to-day challenges you face could give you just the energy boost you need,” Stiener-Murphy says, “especially when dealing with a stressful project, tension among coworkers or those ever-looming deadlines.”