Why I’m Leaving the Best Job I’ve Ever Had 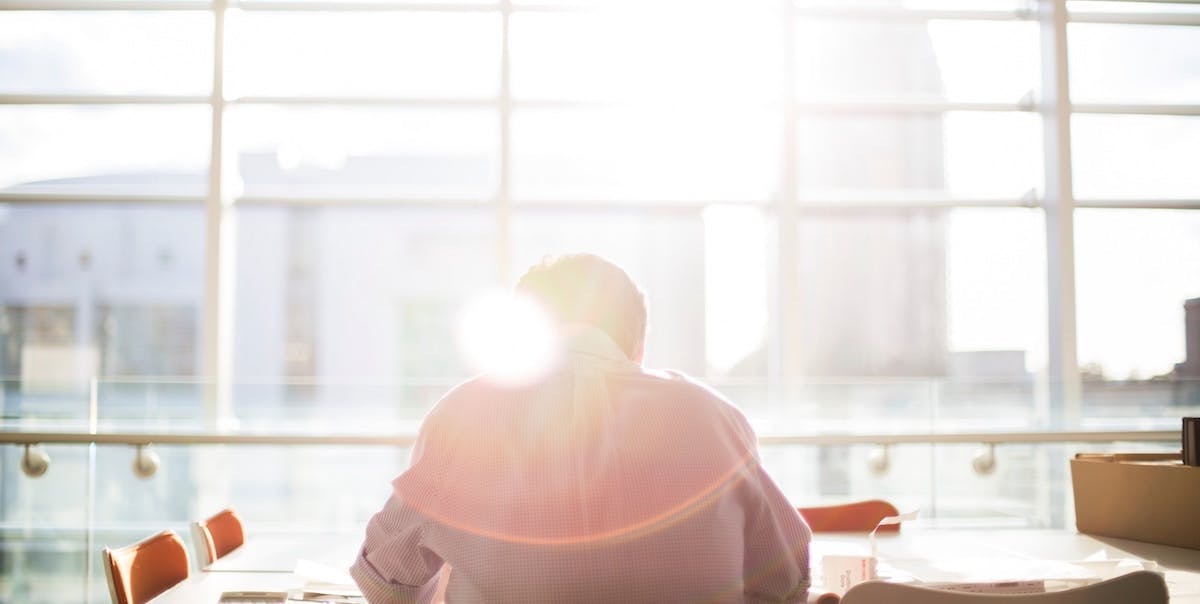 Today we announced a new round of financing for Yesware, the company Cashman and I founded back in 2010. Over the last 18 months, we’ve continued to grow revenue while achieving our first cash flow positive quarter and serving over 60,000 active users.  With this funding, we now have the resources to dramatically expand our product teams so we can help professionals all over the world succeed at their jobs.

But that’s not what I’m here to talk about.

Although fundraising is a busy process, it’s also a time for contemplation. There are countless hours on planes and in Lyft cars. There’s lots of time staring at spreadsheets and imagining the future of the company. And there’s lots of time thinking about the team that we’ll need to get to our destination.

As I’ve done in previous rounds, I went through the executive team one by one and considered whether or not I thought they could help get us to the next level.

I got stuck at myself. The biggest company I’d run before Yesware was our first startup, which topped out at 7 employees and $1.5 million in revenue. I’ve been the CEO of Yesware for eight years and it’s been a great run. But we’re now more than 10x bigger a company than I’ve ever led before. More importantly, we have both the ambition and the financing to go another 10x from here.

I had to ask myself, am I really the best person to lead us on that journey? Or was there a person who has already operated at that scale, who had proven himself, who was trustworthy, who was honest and smart and creative enough to lead this company in our next phase?

After some reflection, reading Reid Hoffman among others, and talking with the people I trust the most, I asked our COO Joel Stevenson to step into the Yesware CEO role. He has accepted the challenge. Now that our most recent financing has closed, Joel is the CEO of Yesware.

After a leave of absence this summer, I will return to Yesware with two roles: as Chairman of the Board and as Founder. My Founder role will be a full-time position with the responsibility of both managing our most important partnerships and sharing the Yesware vision with the broader world. I’m excited about the contributions I can make in both these roles.

Why would I make such a change? Why would I leave the best job I’ve ever had in my life?

In addition to the experience/scale reason that I mentioned above, I’ve got three good reasons.

Not only has he started and run a division of a publicly held company that employed hundreds of people and earned hundreds of millions of dollars, but he viscerally understands our product-first strategy, our no-bro culture and the impact that our product vision can have on our customers’ lives. He’s got years of sales and customer success experience. He was GM of a large UK office. He was also instrumental in building out the company’s FP&A function while Wayfair was transitioning to a public company.

It’s been an honor and a joy to work with Joel over the last 18 months. He takes responsibility when things don’t go right, and doesn’t take credit when they do work – and they work most of the time. We have a high-praise phrase at Yesware, “More humble than they should be.” That’s Joel all over.

2. Yesware has a big opportunity, and I’m a big stockholder in Yesware

The market for sales software is just now crossing the chasm to attract “early majority” customers. Even though we are a leader in our segment, we estimate our share of the domestic Total Addressable Market at less than 0.5%! There is so much more growth and opportunity ahead of us.

As a major shareholder of Yesware, I’m strongly incentivized to make the right changes to improve the prospects of the company. My kids couldn’t understand why I would want to be anything other than CEO after all it took to get that title. But I know that what really matters is that company stakeholders realize the potential that we have.

Change is difficult for everyone, and random change-for-change-sake is stupid. But change creates opportunities to do things better. An old teacher of mine said, “Chaos should be regarded as extremely good news” because chaos is movement and movement is opportunity.

I’m so excited to see what opportunity this change reveals. I hope this change opens up opportunities for improvement within the company. I hope it marks the start of a new era of high growth and customer impact. And I hope it inspires everyone working for the company to look at how we are contributing to Yesware and think of how we could do it better.

To the Yesware team, especially Cashman, Eileen, Chris, Joel and Inessa, thank you. I’m grateful to you for making this the best job I’ve ever had. To my wife Ruth and my mentor Jerry, you have been stalwart supporters in the dark times, and you’ve challenged me to go further when I wasn’t sure I could. To our customers and our investors, thank you for your support, your critical comments, and your partnership. Thank you for everything you’ve given to me and to Yesware.

I’m going to do my best to make my next job at Yesware ever better. If you will be at either SaaStock (Dublin in October) or Web Summit (Lisbon in November) I’ll be speaking at both. Please email me (matthew at yesware dot com) and let’s talk about how Yesware and your company can serve our mutual customers together.