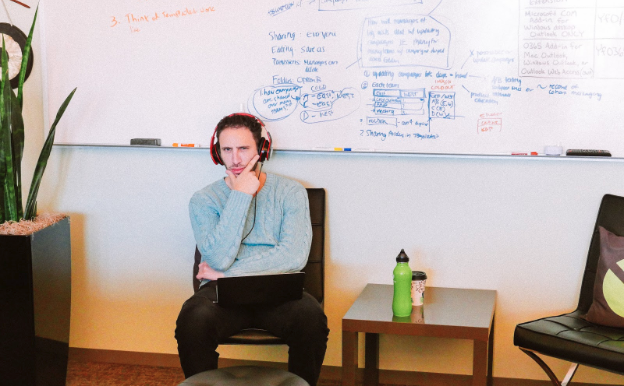 Thanks to the popularizing work of Robert Cialdini, author of several bestsellers on persuasion, we now know that psychology has plenty of insights to offer salespeople. These days, almost any professional who spends a fair part of their day persuading others has heard of basic principles of persuasion, such as ‘social proof’ and ‘scarcity’.

But while Cialdini may be a top name in the field, a new wave of researchers are following in his footsteps, continuing to investigate what really works when it comes to influencing others.

Some of what they’ve uncovered seems counter-intuitive. Other ideas appear too simple to possibly be effective. “The idea that adding only a few words to a request can have dramatic increases in compliance sounds like Ali Baba saying ‘open sesame’ to reveal a secret cave,” says Christopher Carpenter, a professor of communication at Western Illinois University. Carpenter’s work has helped to uncover the fact that simply telling your prospect that they are free to say no doubles the chance of getting them to say yes. That may seem impossible, but science says it’s true.

So what other simple and practical persuasive techniques have researchers recently discovered?

What techniques are working?Track all email performance and outcomes

Here are three of the most compelling:

The Eyes are the Window to …?

Perhaps you’ve heard the conventional wisdom about the persuasive power of looking someone in the eye. University of British Columbia psychology professor Frances Chen heard it too. “There is a lot of cultural lore about the power of eye contact as an influence — for example, the expression that ‘the eyes are the windows to the soul,’ or the demands that people sometimes make in the middle of an argument: ‘Look at me when I am talking to you!’” she says.

But is this old metaphor actually accurate? Chen and her colleagues decided to test whether more eye contact really made you more persuasive. Turns out, it’s subtler than dozens of business gurus and classic movie heroes would have you believe. When Chen’s team used eye-tracking technology to look at how listeners reacted to extended eye contact they discovered more really wasn’t always better.

If the person you’re speaking to already agrees with you, than the usual advice about more eye contact holds true. But if your listener isn’t yet persuaded of your perspective, spending more time looking him or her in the eye makes it less likely you’ll make a convert, Chen and her colleagues found.

The takeaway for sales pros is simple. “My advice to a speaker who wants to use eye contact in a persuasion attempt is to pay attention to the body language of the listener. If the listener seems receptive and open to your message, direct eye contact can (as popular belief suggests) have a positive impact on persuasion. However, if he or she seems upset, overwhelmed, or starts looking away, trying to force direct eye contact might backfire,” Chen explains. So don’t take your staring contest too far.

Come On, Make Up Your Mind!

Stanford’s Zackary Tormala has devoted much of his career to studying how to get people to change their minds, including reinforcing the previously well-known piece of persuasion wisdom that says some folks are more likely to be convinced by rational arguments while others prefer emotion-based ones. His work added to this classic bit of influence wisdom by showing that something as simple as swapping the verb ‘think’ for ‘feel’ to match a listener’s cognitive preference (and making no other change to the message) could impact how persuasive the listener found the argument.

“If you speak the same language as your audience, you’ll generally be more persuasive,” Tormala explained. But that, he said, wasn’t the most counterintuitive finding his research has turned up. While many salespeople naturally strive to squash prospects’ doubts, Tormala’s findings suggest that many persuasion professionals fail to fully appreciate the value of uncertainty.

How does that work in practice? “For instance, in one set of studies we found that experts could get people to think more about their message, which gave it more impact when they expressed some level of uncertainty about what they were saying,” he elaborates.

So why might it be good to get prospects to acknowledge and express their doubt? “We found that this occurs because the uncertainty surrounding potential gets people thinking more, and as long as what they’re thinking about is positive or compelling in some way, thinking more about it can promote more persuasion,” Tormala explains.

Three Is the Magic Number.

Whether or not your conscious of it, your brain loves finding patterns. Three is the smallest number you need to create a pattern, and three really does appear to be the magic number when it comes to persuasion. A trinity of claims beats two or four or five, according to the latest research.

Whatever you’re trying to sell, you might suspect that the more reasons you can give the listener to buy in the better you’ll do. But research from Kurt Carlson, a professor of Marketing at Georgetown, and others found otherwise. “Pretty much all of the previous research found that four was better than three and five was better than four, etc,” Carlson explained, “but this work was done in basic psychology years ago, and we found that it didn’t examine situations where the person reacting to the claims was aware the person making the claims might have a persuasion motive.”

What happens when your prospect is aware of the fact that you might be trying to sell them something? If you give them too many reasons, like Hamlet’s mother, they start to suspect that the lady doth protest too much. “When someone goes beyond three, they appear to be providing more information than is necessary to get the job done. When a consumer is aware that the person crafting the message might want to persuade them, they see this information overreach as a persuasion attempt. Essentially the fourth claim causes them to become skeptical,” Carlson says.

We hope you found these persuasion tips useful. In truth, we actually found four tips but we’re going to leave you with just the three. 😉

Customer Pain Points: How to Identify and Solve Problems