The Best Way to Answer “Sell Me This Pen” Right Now 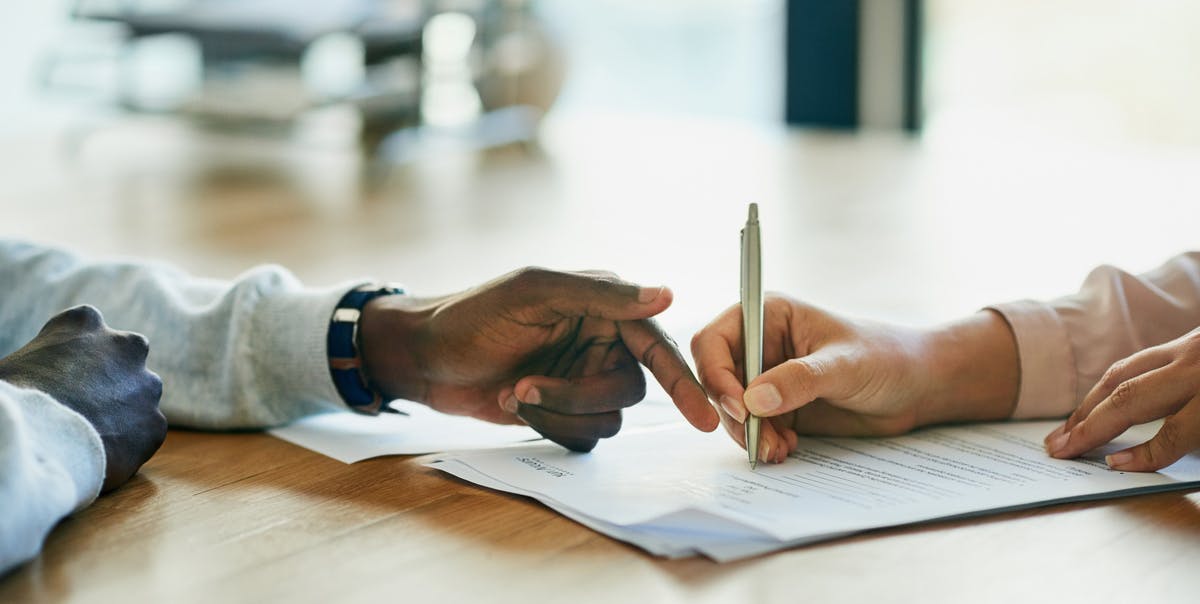 “Sell me this pen” is a line that forever will be tied to The Wolf of Wall Street.

In the final scene, Jordan Belfort stands onstage before an audience, and an expectant hush fills the room. He takes a deep breath. Considers the audience. Steps down, walks forward, picks one person in his seat. Staring eye-to-eye, Belfort pulls an object from his pocket and leans over to make a firm request: “sell me this pen.”

The reply that comes back does not please him.

So he moves to the next person, trying again.

The truth is, “sell me this pen” is a trick question. If you jump right into following the command, you fail.

Two of the Biggest Mistakes Most Sellers Make

Why it’s wrong: jumping into selling is like throwing a dart in the dark without turning on the lights to see the board.

Our gut instinct is to launch into features because they’re something that both buyer and seller can see. We assume they appreciate the same things we do, but that’s not how it works. All features are not created equal in the eye of the beholder.

It’s never the feature that we care about; it’s the end benefit it gives us. And we all value those differently. If we want our pen plated in gold, we’re interested in impressing others. If we want a smooth roll that lasts for use after use, we need function that lasts through frequent writing.

The point: The test you need to pass with the “sell me this pen” prompt is to get to know the buyer before forming your pitch.

You do this through asking questions.

Without knowing their situation, wants, and values, you become a show-person. Why bother narrating features they can see for themselves?

Here’s a good explanation from the real Jordan Belfort :

“The real answer is, before I’m even going to sell a pen to anybody, I need to know about the person, I want to know what their needs are, what kind of pens do they use, do they use a pen? How often do they use a pen? […] The first idea is that […] I want to hear [the salesperson] ask me a question. Most average or newbie salespeople think that they’re supposed to sell you the pen, when a really seasoned salesperson will actually turn it into a qualifying session to find out what you need. That’s the truth of it. It’s like trying to sell someone a house and you don’t know if they’re in the market for a house, what kind of house they want, how many kids – so how can you sell someone a house? That’s the point.”

Below are questions that you can use to properly sell someone a pen.

The Power of Questions: How To Use Them To Your Advantage

By now we know that questions help to craft a pitch. But there’s more. The mere act of asking a question increases your persuasiveness in two important ways:

Sharing our opinions gives us pleasure

Researchers at Harvard University have discovered that sharing about ourselves is intrinsically rewarding. It’s why we spend 30-40% of our speech doing it.

In one study (referred to as 1a in the image below), 78 people rated how well statements like these described themselves versus strangers:

“Get frustrated sitting in traffic”

As people answered, their brain activity was measured.

In study 1b, participants shared how traits like “curious” and “ambitious” described themselves vs. Barack Obama and George W. Bush.

As you can see, activity in the reward center of our brain is stronger when we share info about ourselves vs. opinions about others: 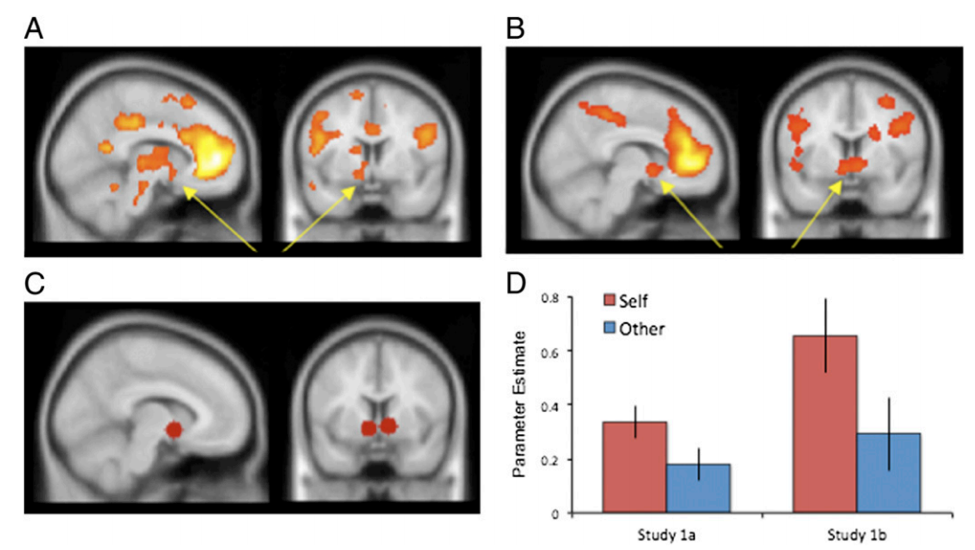 Answering a question distracts us from making judgments

Someone requesting “sell me this pen” is likely doing so to judge your ability.

But they won’t be able to once you get them answering your questions. Their mind will focus solely on giving answers and the emotions those answers create.

Neuroresearch teaches us that being asked a question triggers a mental reflex called “instinctive elaboration.” When our brains focus on an answer to a question, they can’t possibly contemplate anything else.

“To put it bluntly, research shows that we can’t multitask. We are biologically incapable of processing attention-rich inputs simultaneously.” – John Medina, Brain Rules

This is really significant when you’re trying to convince someone, because it gives you the power.

Eliminate the guessworkReal-time engagement insights in your inbox

How To Stay On Your Toes Once They Answer

Asking questions is only 25% of your way to the answer. From there, you still need to sell.

Here’s what happens next:

1. Summarize the problem or need

At this point, you switch from listen-mode to talk-mode. Put the problem statements together into a situation they want to get out of.

2. Capture their attention with a transition statement

Then, you need a strong one-line statement to move from the present-day need to the future solution.

3. Paint the solution (The end benefits of the pen)

Here, you use a creative spin that makes them think of the product or service in a new light.

Pro Tip: Focus on painting the problem-free future first. Then, describe the pen and how it achieves that for them.

How to Get Creative To Make Something Average Extraordinary

Make it more than a pen.

I’ll give you an example.

You think of Bic as a pretty standard pen, right?

Well, the company turned that on its head with ads they released a few years back. These images drove home the fact that a Bic pen lasts a really, really long time: 2 kilometers worth of ink, in fact (that’s 1.24 miles).

The ads show that the distance is equal to two Tower Bridges (or six Eiffel towers or four Empire State buildings): 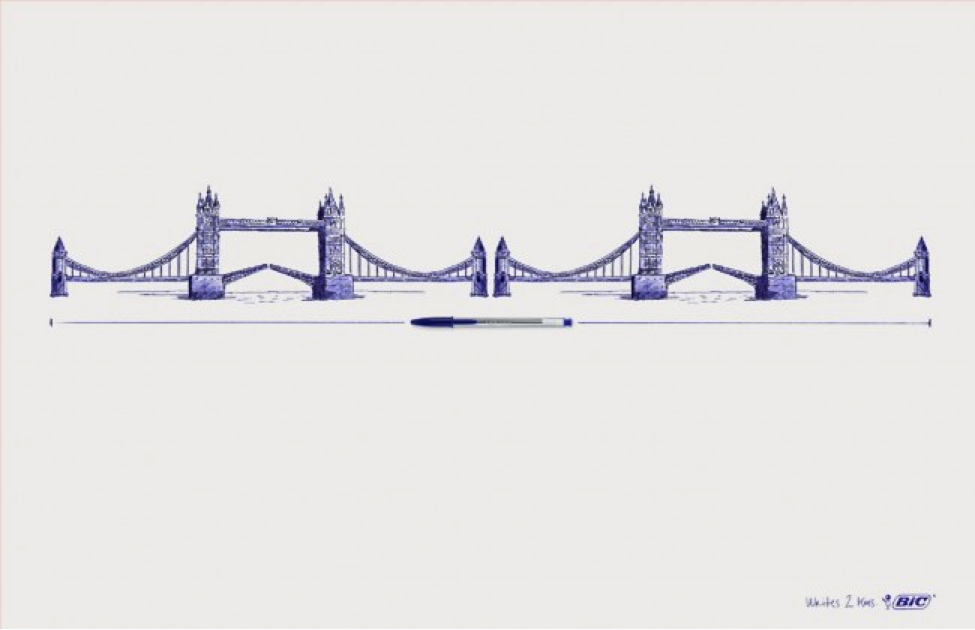 Come up with a way that you can turn the pen into something more than a vehicle to write, and use storytelling to make what you’re saying more persuasive.

Part of painting the solution in a sale that closes is making someone’s need more urgent.

Ian Adams does this well in his answer to “sell me this pen.” Here’s how he wraps up his pitch:

“Unfortunately, this is my last pen today (reach across to hand pen back to CEO). So, I suggest you get this one. Try it out. If you’re not happy with it, I will personally come back next week to pick it up. And it won’t cost you a dime.”

More techniques you can use on your own: 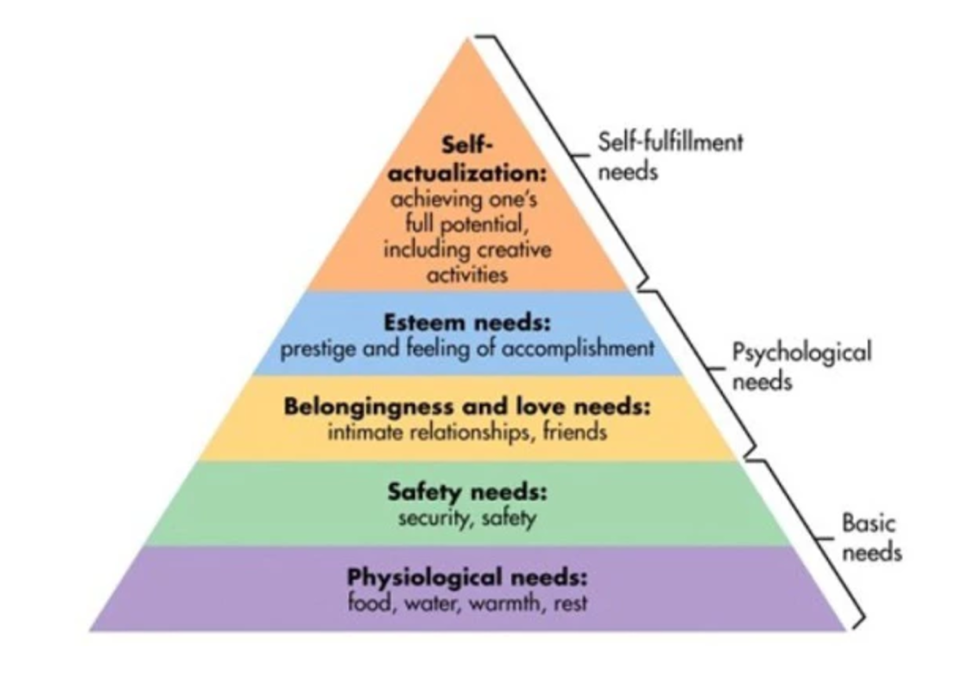 The Shortcut Trick: How To Answer “Sell Me This Pen” in 5 Seconds

Here’s an earlier scene from Wolf of Wall Street:

Jordan: [To Brad, handing him a pen] Sell me that pen.

Brad: [Answering request] Why don’t you do me a favor. Write your name down on that napkin for me.

Jordan: [Looks around] I don’t have a pen.

Brad: Exactly. Supply and demand, my friend. [Hands him the pen]

If you want to deliver a mic-drop line like Brad when you’re asked to sell a pen, you can.

It means you settle on one question and transition to sell from there. Below are three examples:

You: Really Famous Person just gave me this pen [holds on flat palms]. Do you want to buy it? *Drops Mic*

We all want a superpower

You: If you could have any superpower, what would you want?

You: So, there’s something you need to know. This pen isn’t really a pen. It looks like it to hide the fact that it’s something much, much more. [Scoot forward in your seat or lean closer if you’re standing]. It’s a device that lets you turn on and off the ability to ___. You just click/twist right here [show them]. Are you in? *Drops Mic*

Nobody’s perfect — but they can be

You: What’s something you always forget to do?

Them: This Really Important Thing.

You: Ah, that’s the worst. Yeah, I get that. Which is why I brought you this… [puts pen on the table or hand firmly but carefully]. I know what you think – but no. It’s not a pen. Pens just write. This remembers. Whenever you need to do something in the future, just ask it to remind you. In X hours, or on X Date and Y time, it will nudge you to do that Really Important Thing. It’s like Siri or Alexa, but it lives in a pen that also writes, and it’s $5. What do you say? *Drops Mic*

Try a tool for free that does something similar (IRL — we promise).

Note: If “sell me this pen” is a test to see if you know to ask a question before answering, this shortcut works. If it’s a more complex test to guide a conversation from info-gather to close, use the earlier technique. That way, you show you ability to identify in-depth problems and develop solutions.