Pushing Past the Persona: How to Get More Women Into Sales Leadership 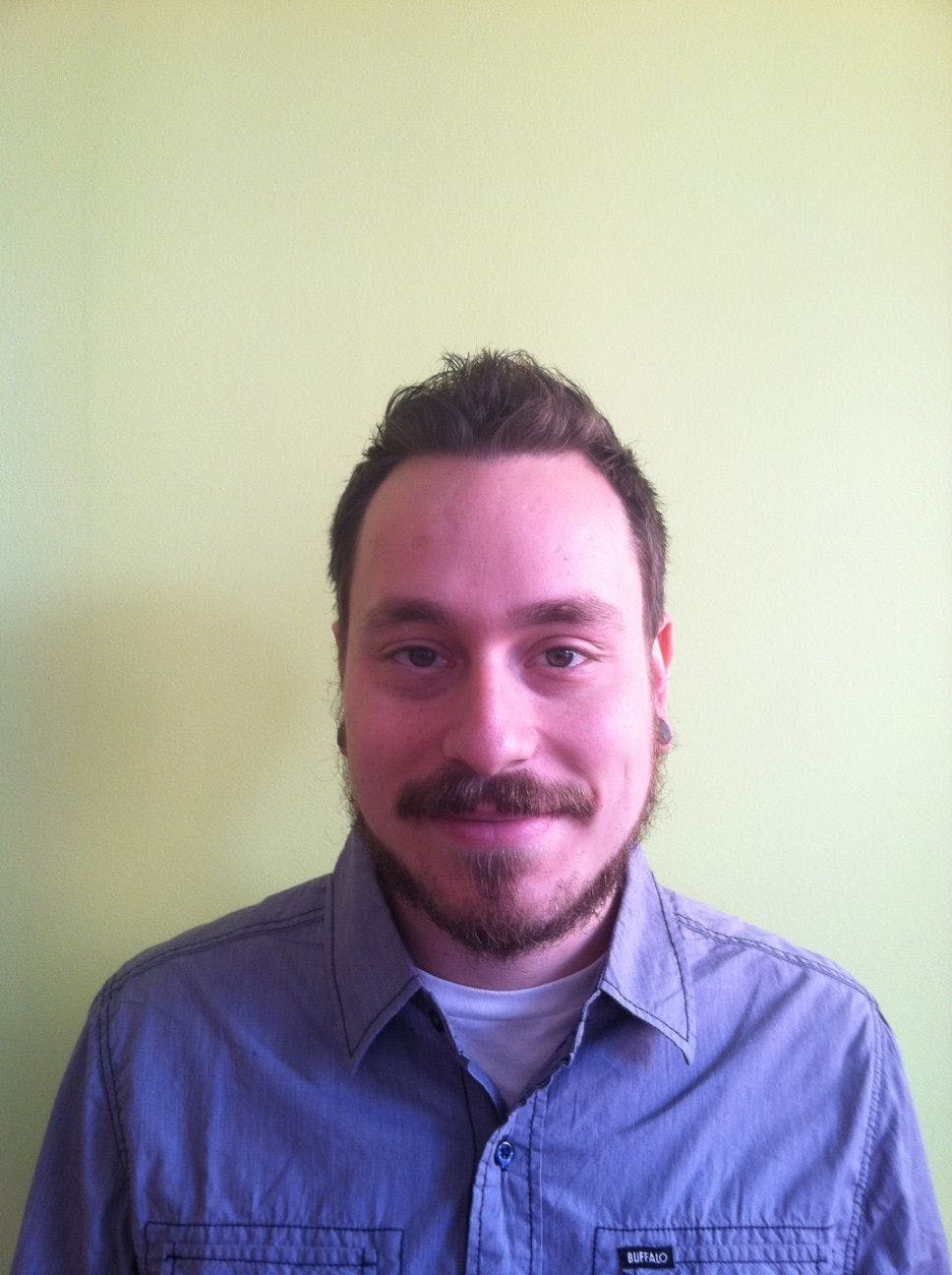 How many women sales executives are there out there? Twenty-five years ago, Catalyst reported that only 14% of managerial roles in sales were filled by women, but things surely must have improved since then, right? You’d think, but a query to the organization for more recent numbers returned this comment from a spokesperson: “Unfortunately, there’s almost nothing out there. No one is counting.”

Informal indicators like the number of women speakers at sales conferences, women sales execs cited in the media, or even anecdotal evidence suggests that, despite the passing of a couple of decades, things may have gotten a bit better, but no where near enough. What’s holding women back from rising in sales?

The Sales Guy From Central Casting

A need for women to get out and network? Maybe the generally low level of women on boards? Work-life balance challenges? In interview after interview these more general factors received a mention, but one culprit really got women sales executives riled up: Call him the sales guy from central casting.

“Organizations culturally look for sales leaders with a certain type of persona, and female sales leaders, while still achieving extraordinarily high results, might not be perceived in that same vein,” Jennifer Sullivan, a VP at Unitrends, told Yesware in an interview. Asked if they had run into this “persona problem” other female sales executives nearly universally leap to agree. “Oh god, yes! Yes yes yes,” exclaims Bridget Gleason, former VP of Corporate Sales (currently Executive Advisor) at SumoLogic. “Oh my god, I hate it! It’s so ‘80s,” says Trish Bertuzzi, President and Chief Strategist at inside sales consultancy The Bridge Group.

Both women also offered examples of when this adherence to outdated sales personas affected their own careers. Gleason told the story of one male CEO she worked for who only promoted her reluctantly to VP despite her stellar results. “He would tell me sometimes, Bridget, you need to slam your hand down on the table more. You don’t yell enough. I said, no I don’t, but that doesn’t mean that I’m not effective, and that doesn’t mean I’m not results oriented. But he had this bias towards what it looks like to be a good sales rep,” she said.

Bertuzzi has seen this same bias play out among clients. “I hate people who say the first thing I look for [when hiring] is to see if they played team sports in college,” she says. “I’m like, seriously? That is an indicator of success?” Another client asked applicants if they wanted to be a sales animal. “Women don’t want to be animals,” Bertuzzi points out. 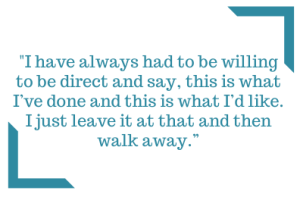 Pushing Past the Persona

The same best practices that help women rise in other sectors — like networking and getting over a conditioned reluctance to trumpet their own accomplishments — of course also help in sales, but all the executives we spoke with stressed that the results-oriented culture of sales in particular presents particular opportunities to overcome this persona problem once they’ve gotten a foot in the door.

“One of the things that is so great about sales, is because sales so numbers and results-oriented, your accomplishments are unambiguous. You’re number one or you’re not. You’ve sold this much or you haven’t. And in that regard you can rise very quickly,” Gleason points out, but she also stresses women looking to rise in sales need to be direct about noting their accomplishments, and cautions against framing the issue around gender.

“I never spoke about female-male – never brought it up,” she says of her own career. “I just focused on the results. I have always had to be willing to be direct and say, this is what I’ve done and this is what I’d like. I just leave it at that and then walk away.”

“Women in general tend to be less effusive about accolades and achievements than their male counterparts, so we tend to advocate a lot less for ourselves,” agrees Sullivan. 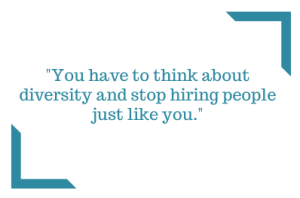 That’s great from the perspective of the individual woman looking to rise in sales, but what about companies who are clued in to the fact they might be missing out on some exceptional sales talent by not hiring talent women that don’t fit the sales stereotype or creating an environment where they can thrive once they join? How can companies rid themselves of this limiting notion that sales people are aggressive, outgoing and implicitly male?

“You have to think about diversity and stop hiring people just like you,” advises Bertuzzi, cautioning that this “is a challenge as we all relate to people like ourselves.” Kim Duke, founder of The Sales Divas, which bills itself as a sales school for women, agrees that explicitly welcoming diversity is key. “Don’t expect women to sell the same as men,” she says.

But recognizing a bias and overcoming it are two different things. To help companies overcome their deep-rooted but unspoken preferences, Bertuzzi suggests they “sit down and start getting really scientific about what are the traits of our best performers? I’m a big believer now in assessments.” She notes with a laugh (perhaps recalling her sports-obsessed client) that “high energy does not necessarily equate to high intelligence.”

Gleason is also a big fan of focusing on hard data around performance. “There has to be a culture and a good performance management system in place that does the best it can to remove gender biases, or really biases of every kind and looks at performance,” she says. She also stresses leaning on numbers to motivate companies to get real about what makes an exceptional sales pro.

“Women are going to control two-thirds of consumer wealth. Women are big buyers,” she says, “so you better understand what that feels like, and if you have only men selling, you’re going to miss it. This isn’t just buying baby products. The importance of having women in sales executive roles is going to be increasingly important.” Companies, Gleason feels, “will absolutely not hire more women if they don’t believe it’s going to be economically advantageous. So understanding the financial incentives around women and diversity is going to be number one.”

See what saleswomen are saying about Yesware on G2Crowd.