How to Replace the Threat of Fear with Fearless Leadership 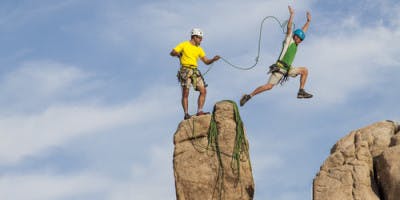 As I prepared this post, I paused to check out a recent blog by Yesware Founder/CEO Matthew Bellows. There I found something inspirational and motivational: “The threat of firing is not as powerful as the human desire to unlock potential.”

I can attest to the truth and strength in that statement. I’ve worked under great leaders who lit a fire under me by igniting my untapped potential. Linda Bergstrom, now the Chicago Sun-Times associate features and innovation editor, spotted my abilities as an editor long before I ever did. Her faith in me fostered growth in areas I’d never previously considered. (Thanks, Linda.)

But others used my job as leverage. When I tried to turn down a dubious lateral promotion about a decade ago—one that put me under the sway of a mercurial editor—the personal calling the shot said simply, “Well, I could force you to do it. But you won’t make me, will you?”

Why do so many bosses bully and coerce, when clearly an opposite approach builds better leaders and stronger teams?

No doubt it’s because the strong-arm tactic comes easier. Real leadership takes work: You develop strengths across many areas, personal, professional and political. For the strong arm, all you need is brute force applied with minimal tact.

Consider the role leaders play in conquering dysfunction in the workplace, how they might cause or cure the madness around them. Chuck Gumbert, founder of the Tomcat Group, has worked more than 35 years in the aerospace business, working his way up from the shop floor to the CEO’s perch.

Yet he’s never forgotten his roots. He advises bosses who want to size up their company’s harmony (or lack of it) to do one key thing: “Ask the shop floor workers how things are going. If they bring up a lack of direction, constantly changing priorities or not getting answers from their supervisors, you have a dysfunctional organization.”

Yet if workers don’t bring up anything, that might also serve as a warning sign. Gumbert cautions that some bosses intimidate to the point where transparency and honesty simply aren’t possible. “If you sit in on a staff meeting and no one brings up a real issue in front of the leader, or if they agree with everything he says, then you also have a dysfunctional organization,” he says.

Lay the groundwork for a culture that puts employees first

“A corporate leader needs to define the culture of a company,” adds Bill Ringle, founder and president of System Ringle, a company that works with business owners to improve their leadership skills. “Functional or dysfunctional employee conditions are, first and last, the responsibility of the company leader. As the person who ultimately hires people, he or she should leave nothing to chance.”

What does that mean, specifically? Ringle stresses that the leader sets the tone for how others in the company should act, by creating an environment where fairness is the rule, and “favoritism is absolutely out of the question. Catering to the wants of an individual employee or a select few employee—and disregarding the wants of other employees—creates dissatisfaction, disloyalty, and ultimately leads to workplace dysfunction.”

I can think of no better example than the Jayson Blair debacle at The New York Times. Because two top dogs at the paper—executive editor Howell Raines and managing editor Gerald Boyd—liked Blair so much, they ignored warnings from those under them that Blair was a serial liar and plagiarist.

Both editors were forced out in 2003; Boyd died in 2006. Just before they lost their jobs, deputy metro editor Joe Sexton told them in a closed-door meeting, “People feel less led than bullied.”

The dysfunction at the Times could only be cleared by a wholesale clean sweep at the very top. Yet where Raines and Boyd failed miserably, you can learn and succeed:

Then, craft a vision the troops can lock onto and believe in. As authors Ed Oakley and Doug Krug so effectively argue in their book “Enlightened Leadership, a great leader collects the best ideas in the room, no matter where they come from, and gives them singular focus. That’s how they get buy in. It’s how they win respect.

And ultimately, it’s how companies large and small turn themselves around. Just as The New York Times bounced back from its dysfunction, so can any concern that faces a similar moment of truth.