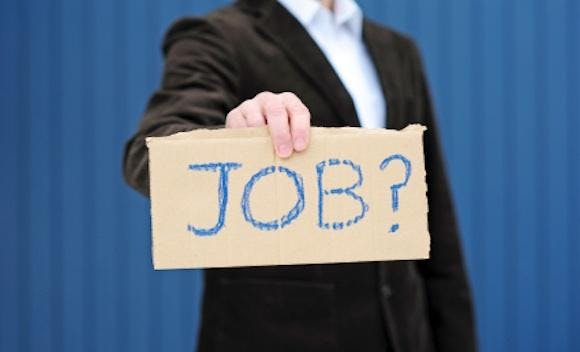 If you want evidence that our nation’s debt is casting a cloud on the economy, just talk with business owners.

Sageworks recently polled accounting professionals and bankers who are in constant contact with the owners of privately held companies. Nearly three-quarters say the national debt is making it less likely that businesses will increase hiring.  A similar proportion said the debt, which stands at around $16 trillion, makes it less likely businesses will boost other investments as well.

Can you blame them? Owning a business is itself a very risky proposition, even if overall economic conditions are stable.  Owners often have their own capital and their own livelihoods at stake. They realize that, at a minimum, the debt puts our economic structure at risk. On a more practical level, they understand that the national debt is bound to result eventually in an increase in the cost of their own borrowing. Why would they want to take additional employees, equipment and infrastructure on our current debt load? It would be like deciding to add another floor to a house that is known to be structurally unsound.

Some large, publicly traded businesses have recently banded together to argue that the national debt must be addressed. But, without a broader push by privately held companies, Congress will continue to delay action. Private businesses, which number about 27 million and account for over 54 percent of aggregate non-residential fixed investment, need clarity on how the debt will be reined in, especially now that we know what our leadership in Washington, D.C., will look like.

Our national debt is an economic cancer that grows year after year, almost independent of any particular administration. Part of the problem in tackling this disease is that it’s a complicated issue full of mind-numbing jargon and mind-blowing numbers. As any physician will tell you, patient education is critical to treating diseases (in a non-partisan way!).

Let’s start.  Total government spending is estimated to be $3.56 trillion in 2012. Revenues, including some tied to Social Security trust funds, may total $2.44 trillion. That leaves a budget shortfall of $1.13 trillion, or $1.19 trillion if you exclude the current surplus tied to Social Security.  This kind of deficit for just one year is astounding. Therefore, spending for this year alone is nearly 50 percent over and above revenues coming in. This is akin to an established company with sales of $100 and expenses of $150.

This is where it really gets dire.  Consider the alternatives. Even if you cut all “discretionary” U.S. government spending (which includes all expenditures for the military and courts, the FDA and the EPA, disability benefits for veterans and construction of roads), current revenue levels mean our national debt would still grow by 16 percent to $18.6 trillion within the decade.

This is because the “mandatory” portion of federal government spending (the part which isn’t negotiated by Congress each year) is snowballing. This is spending for benefit programs defined by lawmakers such as Social Security, Medicare, Medicaid and poverty-related programs, as well as spending for civilian and military retirement plans.

The interest alone on our national debt is another major drain. Estimated at $220 billion this year, it is approximately equal to expenditures for retirement programs for military and civilian government workers, as well as disability payments to veterans.

Suppose we decided to increase taxes/“revenues”? Even if you doubled all individual and corporate income taxes while also doubling employee and employer contributions to Social Security, our nation would still have $11 trillion in debt at the end of the decade, assuming spending plans were unchanged.

Because of all of our past yearly deficits (racked up during both Democrat and Republican administrations, one a fan of social spending and the other of military spending), the United States currently has more than $16 trillion in outstanding debt, and foreign governments own nearly a third of it. China alone owns $1.15 trillion in U.S. Treasury securities.  For perspective, consider that China is providing financing that’s nearly equivalent to the 2012 expenses for every part of our federal government that Congress can actually negotiate – the “discretionary” spending that includes our military, justice system, social services, education, transportation, and energy.

If nothing changes from current law tax and spending, gross federal debt will approach $20 trillion within the decade, the CBO projects.

Can this be considered anything but a crisis? It is the worst kind of problem, an insidious one that has surfaced after decades of horrific incremental neglect and mismanagement. Can it be reversed? The answer is yes, of course, as America has a rich history of tackling hard problems once we set our minds to it. But, given that the political parties seem to be squarely at odds on many major issues, it also seems unlikely. What is needed is a negotiated law and debt-reduction plan (perhaps covering as much as 25-30 years) that takes effect automatically and that Republican and Democratic leaders agree to in advance. When a new president or Congress inevitably comes in with their particular agenda, they would be boxed into the limits of an overall plan already agreed to.

View this as an entitlement program in reverse. A plan that is not subject to the whims of good political speechwriters. At this advanced stage of our debt problem, this is the only way out.

People with illnesses take drastic measures to save their lives, and their families encourage and support them through the fight. In the same way, businesses and individuals of all political parties need to call on our elected representatives to lay out a treatment plan that touches every part of our economy.

Brian Hamilton is the co-founder and chief executive officer of Sageworks and a noted expert on privately held companies. He is an original architect of the company’s artificial intelligence technology, FIND, which is used by approximately 700 financial institutions and 5,000 CPA firms to perform financial analysis of privately held companies. He is currently a guest columnist for Forbes and Inc.com.  Brian also oversees Inmates to Entrepreneurs, a community outreach program focused on teaching ex-offenders to start low-capital businesses.

The Guide to Sales Commission Structures