The Cost of Missing Quota

The quotas that sales reps must meet have risen 33% in four years, and the number of people meeting their quotas has fallen 25% according to The Bridge Group. While it’s tempting to blame bad quota policies, this steady trend is more likely the result of conscious efforts to reduce net overall pay to salespeople.  According to The Bridge Group, the average base salary for a sales rep in 2010 was $53,000, and the average total compensation was $98,000.  The incentive-based earnings for the average rep was $45,000; 44% of total compensation. 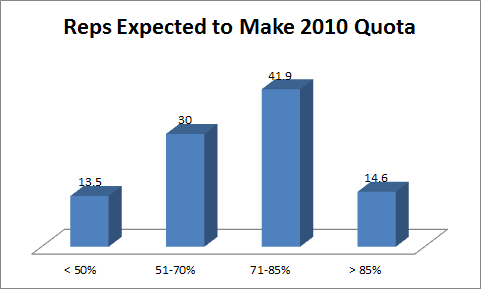 Having half the sales reps in the country is even more discouraging when you take into account the amount of money for which each person is accountable.  According to the Bridge Group report, 36% of sales reps are responsible for quotas in excess of one million dollars, and the average annual quota per rep was $889,000, a 33% increase from the 2009 average of $716,000. 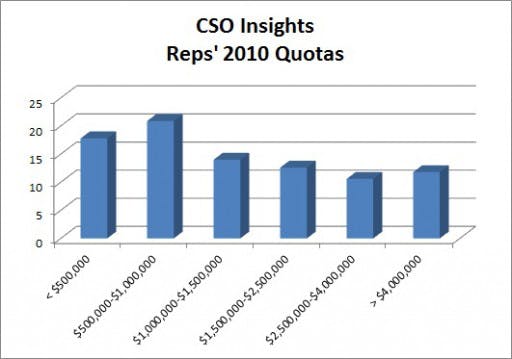 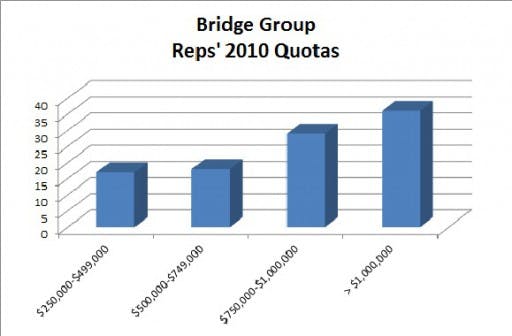 Companies continually increase quotas for sales reps, but when CSO Insights asked managers if they believed their sales reps could achieve these quotas 8.7% responded that they definitely would not meet their goal, 33.6% were concerned about meeting their goal, 47.7% believed they could meet their goal with some extra effort, and only 10.1% predicted they would meet or exceed their sales revenue goal easily. If half of sales reps regularly miss their quota, and 40% of managers admit to being concerned about missing quotas, why do companies keep increasing them? 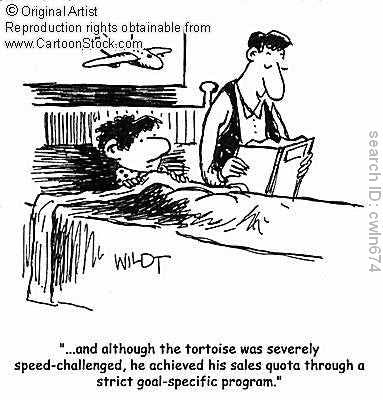 In a previous Yesware blog post, Matthew Bellows interviewed Daniel Pink about comments he made on the decisions by two companies he has profiled regarding their compensation plans.  Both companies dismissed the traditional quota/bonus system of compensation in favor of increasing base salaries and end-of-the-year profit sharing while dissolving commissions.  After moving away from the quota-driven sales force the sales team was able to flourish, and the alleviation of competition has allowed reps to collaborate, increasing total sales.  While there are many solutions for the missed quota debate, eliminating compensation plans has proven to be successful for both the sales rep and the company.