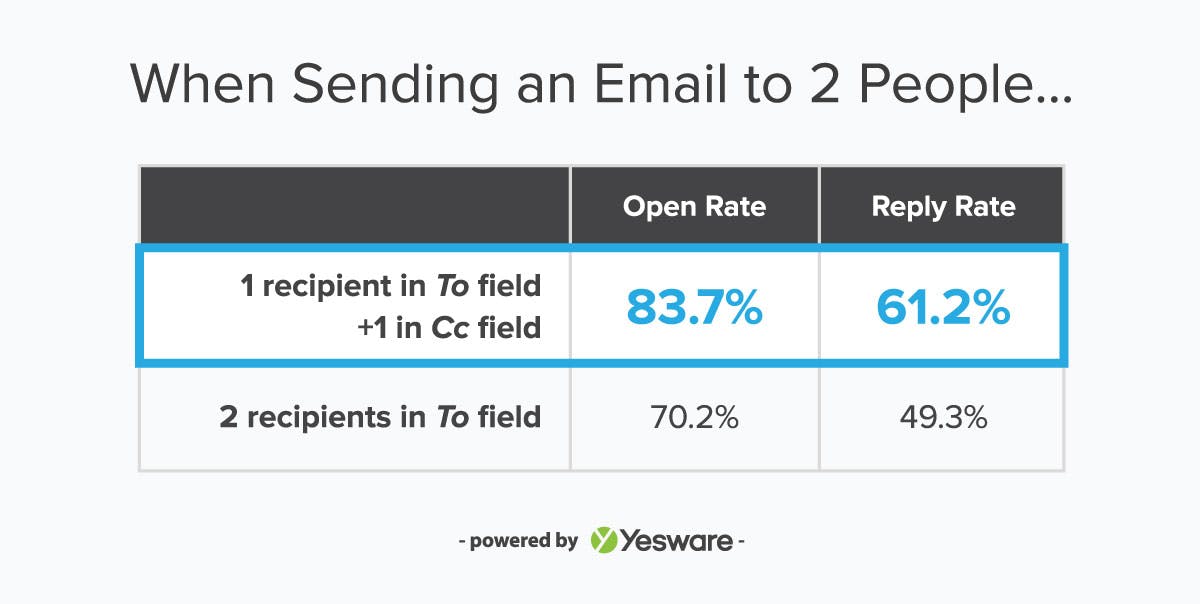 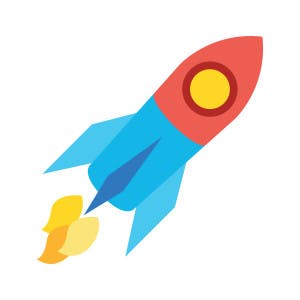 Getting people to reply to your email isn’t rocket science.

But it can be a lesson in social psychology.

When we dug into our database to examine over 500,000 sales emails sent by Yesware users in Q1 2014, we discovered that emails sent to one person while copying another had a reply rate 12% higher than emails sent directly to two people.

What’s going on here? Let’s take a look at the data.

Get all the data here in our ebook, The Ultimate Guide to Sales Email.

Send Your Email to Three or More Recipients

Sending an email to three or more recipients increases the chance of getting a reply.

Sending one email to multiple people improves both open rate and reply rate, according to Yesware’s analysis of over 500,000 sales emails from more than 1,000 anonymous inside sales professionals. The data even suggests that emailing three or more recipients increases the likelihood of getting a response, as illustrated in the chart below.

Seems pretty straightforward, right? More email recipients gets you more opens and replies. But what if you really only need to send an email to two people? Take a look at what happens: 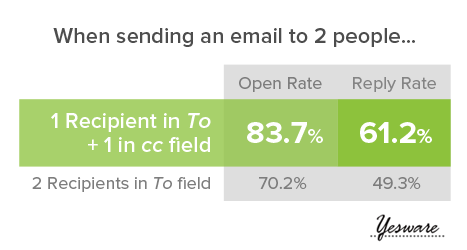 The data you need to boost reply ratesDaily activity, engagement data, and outcomes

Tip: Send to One Recipient and Copy Another

When sending emails to two recipients, send to one and copy another.

The data reveals that emails sent to one person (using the To: field) while copying another (using the CC: field), had a higher open and reply rate than messages sent to two people at once (both in the To: field). Why? It could be consistent with a sociopsychological phenomenon known as the Diffusion of Responsibility:

Recent studies have demonstrated a similar line of thinking when it comes to peoples’ helping behavior in response to group emails. In an experiment conducted by Blair, Thompson, and Wuensch, 400 undergraduate students were sent a fake email from a new student asking for advice on how to access an online database. The email was sent to groups of either 1, 2, 15, or 50 students at a time. Consistent with diffusion of responsibility, the researchers found that participants were less likely to respond when they believed other people had also received the email.

Think about it: The dynamics of one-to-one communication are too complex to assume that just because you sent an email to two people, someone is bound to reply. When sending emails to two recipients, try sending it to one and copying the other. This implies that one person is solely responsible for taking action, while also harnessing the power of social proof to further encourage their reply.

In truth, there’s a lot that could explain why copying a recipient would impact email reply rate. Because unlike rocket science, there’s no absolutes or mathematical equations to predict success across every email exchange. Instead:

“Success in a knowledge economy comes to those who know themselves — their strengths, their values, and how they perform.” -Peter Drucker

Each week, we’ll be sharing new Yesware data insights to help you sell smarter. You can catch all the posts in the series here.