Flipping the Sales Funnel: New Pipeline Stages from the Customer’s Point of View

Most B2B companies attempt to project their future revenue by looking at their current aggregate sales pipeline. I’m losing you already, I can tell. But hang in there – getting your pipeline fixed up has all kinds of benefits.

The total company pipeline is made up of individual salespeople’s personal pipelines, summed together in a spreadsheet or a CRM. Stages of the pipeline are created to reflect how far away the prospect is from closing a contract, and each stage is assigned a percentage chance to sign. All companies in the First Contact category might have a 5% chance to close, while companies in the Negotiating Contracts phase might have a 90% chance to close. 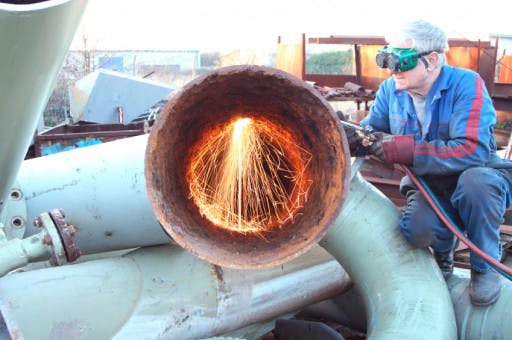 There are all kinds of things wrong with this approach, pointed out by some great thinkers. But the model persists at most companies because easy math is so appealing, and real bottoms-up forecasting is more complicated than predicting the weather.

Here’s a simple way to change your pipeline mechanism so that it works with your current CRM and your current percentage-based forecasting spreadsheets, but will yield more meaningful indications of where each prospect is in your sales cycle: Trigger movement in the pipeline by PROSPECT activity, not INTERNAL activity.

Trigger movement in the pipeline by PROSPECT activity, not INTERNAL activity

Here’s how we made that change at Yesware:

Old Name: Value Proposition New Name:  Active User – This person, or someone from this opportunity, is using one of the main features of Yesware at least once a week for at least two weeks in a row. In other words, they’ve returned to Yesware after the first week. Probability: 0%

Old Name: ID Decision Makers New Name:  Formed Team – Someone in this opportunity has formed a team and added at least one other person to the team. They may or may not have created templates or viewed team reports. This is the first point at which we will reach out to the user for reasons other than pure product feedback. Probability: 0%

Old Name: Proposal New Name:  Responded to Outreach – When we reached out to them via phone or email to talk about their team, email templates, reporting needs, CRM integration, etc. they responded. They talked with us for more than a couple of minutes, they wrote back with interest, etc. Probability: 0%

Old Name: Negotiation New Name: Ongoing Conversations – The Yesware user is engaged in a conversation with us. They are writing back to email, returning calls, coming to online meetings, and, crucially, inviting others into the conversation from their side.  They could be asking questions, raising objections, negotiating on price, discussing contract terms, etc. At this time, their team is using Yesware, so we are actively monitoring how the team is using Yesware. We’re offering suggestions on email templates, reports, etc. to help them be more effective. Probability: 0%

Old Name: [No old name] New Name:  Stalled: This conversation is in limbo. We started out ok, but they aren’t writing back or returning our calls now. We haven’t crossed the have-to-have hurdle. Occasionally keep in touch. Probability: 0%

Old Name: Closed Won New Name:  Ordered Yesware! The prospect becomes a customer. They want the team features, we’ve determined a price, and they’ve signed an order form from us. We can bill them immediately. Probability: 75%

Old Name: [No old name] New Name: First Payment Received – Cash is in the building. Account relationships have been transitioned to the customer success team. Full debrief between hunters and farmers. Outstanding issues are known and communicated. Probability: 100%

There are three things to take from this:

I’m sure we’re not the first company to take this approach. I’d love to hear your stories on pipeline management in the comments below.

Salesforce Tasks Guide: How to Use, Task Types, & Management

How to Use Salesforce to Manage Your Sales Process