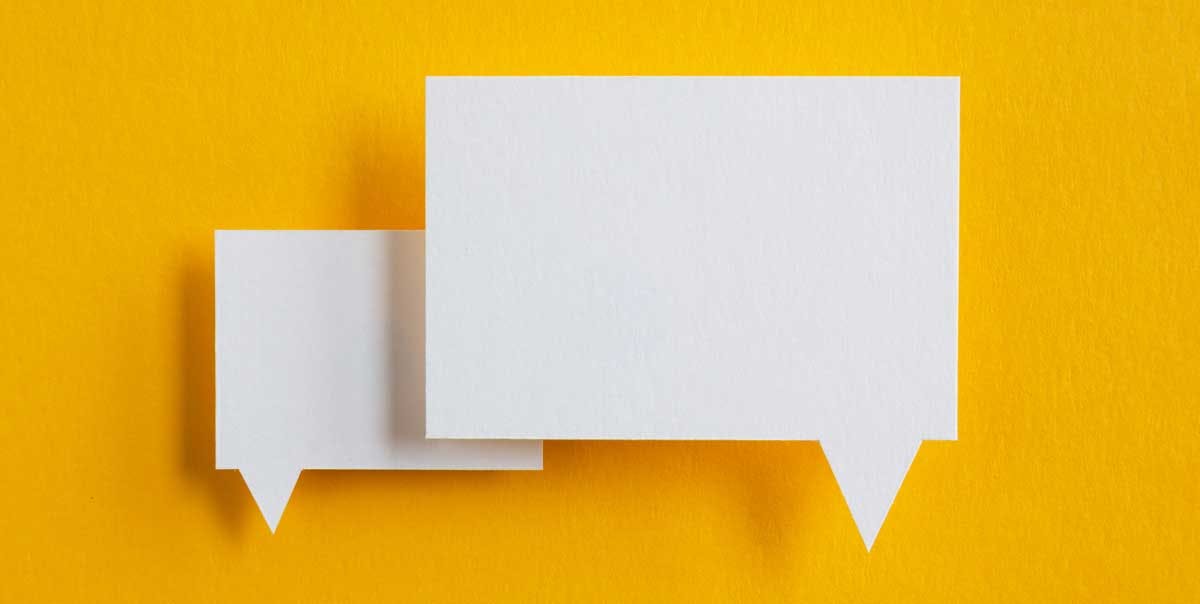 The secret to getting to “yes” during your next sales call may be as simple as giving out power words.

We’ve gathered 13 powerful phrases that are proven to help build rapport and boost your credibility (as well as their counterparts to avoid). Give yourself an edge by understanding which words make people tense up and which words put them at ease.

Next time you’re going in for the close, work one of these power words into your pitch instead.

“Talking with” someone instead of  “speaking to” them can make a world of difference, especially when making a first impression. That’s because “talking with” implies a back-and-forth. You’re implying that you and your prospect are going to be engaging in a conversation.

In contrast, “speaking to” describes a one-way action. It suggests that you are going to broadcast your message  — whether they want to listen or not.

One of our favorite places to learn about persuasive techniques is Dave Straker’s Changing Minds website, which is full of psychological theories that are easy to understand and put into action. Here’s his explanation about why this subtle change of phrase can work in your favor:

Saying “you are” rather than “are you” is a more assertive frame, but phrased as a question it is usually acceptable. Nevertheless by agreeing with you, they are putting themselves in a position where they are accepting your assertions and thus will more likely repeat this pattern in the future.

This tactic is part of the yes-set close, a classic closing technique. Here’s how it works:

Asking a yes-or-no question like “are you the decision-maker?” can sometimes backfire by prompting your prospect to lie to you. No one wants to feel unimportant. So instead of saying no, he may just answer yes — and leave out the part that what he’s really deciding is whether to refer you to his boss.

Instead, try asking about their decision-making process and who else will be participating. This prompts a different type of response, making it less likely you’ll discover too late that someone else is making the final call.

Studies show that explicitly thanking someone for her time makes her feel friendlier towards you, inspires her to feel more self-confident, and makes her more likely to help you again.

BONUS TIP: Following-up a sales call with a thank you note (whether hand-written or via email) can strengthen the relationship, and make you happier.

The way you formulate questions directly affects how useful the answers will be. Journalist-turned-entrepreneur Evan Ratliff has said his secret to asking great questions is leading with the 5 W’s: ‘who,’ ‘what,’ ‘where,’ ‘when,’ and ‘how.’

Starting a question with these words allows for an open response. The more your prospect talks, the more you learn more about him, his organization, and his needs. Conversely, questions beginning with ‘would,’ ‘should,’ ‘is,’ ‘are,’ and ‘do you think,’ can limit the way he responds to you.

Download a power word PDF to have with you as you dial. 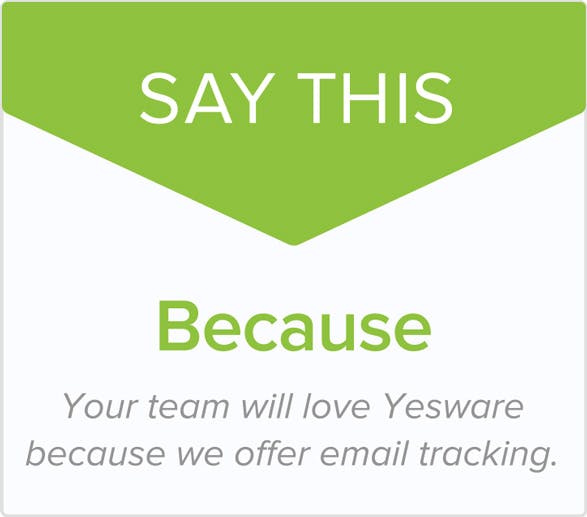 ‘Because,’ one of our ultimate power words, is considered one of the five most persuasive words in the English language.

Justifying a request or statement with ‘because’ immediately answers, “what’s in it for me?” This technique has been proven to make people more likely to comply with your request.

Rather than boring your prospects with a list of features, ask them to imagine the benefits of purchasing your product. This way, you bypass the point in the conversation during which your prospect has the opportunity to offer up objections.

Asking someone to go through the motions is a great tactic for how to close deals faster because it mentally makes them more likely to follow through.

One of the basic rules of improv comedy is that no matter what your fellow actors present to you, instead of negating it or disagreeing with it, your job is to say, “Yes, and..” It keeps the conversation flowing and open to possibility.

Eliminating ‘but’ from your vocabulary and replacing it with the power word ‘and’ can have a similar effect when talking with prospects. Instead of dismissing his ideas mid-sentence, ‘and’ acknowledges his contribution to the discussion and makes it feel like you’re both working towards the same goals.

When someone asks a question you’re not sure of, say “I don’t know” instead of guessing. Prefacing a response with “I think” causes others to doubt your credibility. Saying “I don’t know” — but later delivering the correct information— inspires trust in your abilities and confidence in other information you’ve supplied.
BONUS TIP: When your prospect starts asking questions that you don’t have the answers to, take the opportunity to schedule a follow-up during which you’ll answer her questions.

While it may be more common to respond to an expression of thanks or gratitude with a breezy ‘no problem,’ stick with the age-old acknowledgment, “you’re welcome.” The word ‘problem’ has negative connotations; it suggests that, under other circumstances, you would have been reluctant to grant the favor.

Emphasize value over price when presenting your product. Discussing value is results-oriented and prompts your client to ponder the advantages of your product. Mentioning price, however, highlights what he will lose — something you want to steer clear from as people are naturally inclined to avoid loss.

We also know that mentioning money makes people feel more self-sufficient, physically withdrawn, and less likely to help others — psychologically blocking your prospect’s ability to get to yes.

It only takes one question to undermine your credibility and make your prospect feel like a moron.

Does that make sense?

If you feel a little put off by the words above, you’re not alone. That’s because the expression “does that make sense” is packed with two negative implications:

Ouch. Try using “how does that sound?” instead. These power words can help you sell by keeping the conversation going and opening the floor for questions.

Create messages with these power words, then save them as templates.

Reuse these templates to steer your conversations in the right direction.

Track all email engagement from here on out with Yesware.