Don’t Stick to Your Guns All the Damn Time

I’ve gotten some good feedback from people on my last post “Stick to Your Guns.” (Except for the tattoo photo which disturbed someone near-and-dear. Now it’s gone.)

But, like any advice, it can be wrong in a given situation. Here’s an example. An old business school classmate contacted me after reading the post. He is developing an idea for a location-based mobile application. He’s smart, he’s hardworking, and he’s clearly inspired. He sent me his plan and asked for my feedback. 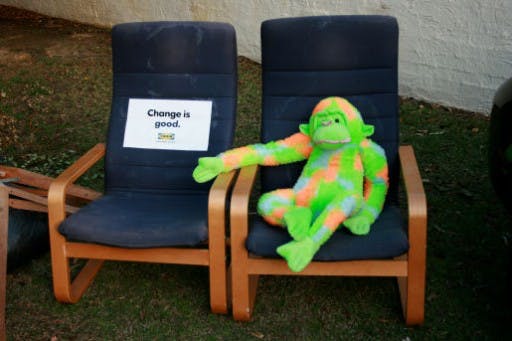 Now, Cashman and I started the first mobile game review site in the west back in 2001. We were there when the US carriers launched their data services. Sega, THQ, and JAMDAT were our first advertising customers. We had commerce-enabled game reviews on Sprint, Verizon, and AT&T. We drove a decent amount of revenue for unknown developers who were making great J2ME and BREW games.

After we sold the company to CNET in 2004 and transitioned everything over to Gamespot, I joined a top mobile game developer in Boston, Floodgate Entertainment. We made mobile games with Disney, Sony, EA, Nokia, Microsoft, and many other great companies. I love mobile content, and I continue to be involved in it as an adviser/board member/investor. So I had some domain experience to bring to this meeting.

My classmate and I had a long conversation about the source of his passion for this idea and the steps he’s taken to test it. I gave him my copy of “The Entrepreneur’s Guide to Customer Development.” I expressed various reasons for thinking that his idea, as currently expressed (a location-based B2C app for matchmaking/socializing on the iPhone) was not strong.

We talked about various ways to adjust (too early to call it a Pivot) the concept to be more testable and less directly in the face of the many popular, funded companies that are trying to do the same thing. I said, in summary, “You are a smart guy, a hardworking guy, adjust your idea so that you give yourself a better chance to succeed.”

These aren’t easy conversations to have. I hate to step on someone else’s dream. And I know exactly how much it hurts to be told “Your idea is weak” when you’ve been sustaining yourself on the belief that it’s got potential. So when we got up to leave, I was hoping I hadn’t been too harsh.

And here’s where my “Stick to Your Guns” thing is totally wrong.

As we were walking out of Starbucks he said, “But I’ll tell you one thing, if I can raise $50k, I’m going to build that application.” If my mother hadn’t raised me properly, I would have punched him in the nose.

If you ask someone’s advice about your business plan, and they take the time to read it and email you back comments, and then they meet with you and talk about its issues. If you have a good, seemingly productive, conversation about other vectors to explore your ideas around. And if that person has actually spent six years of his professional life living the problems that you are trying to raise money to have… FREAKING LISTEN TO HIS ADVICE!! CHANGE YOUR FREAKING IDEA!! DO NOT STICK TO YOUR GUNS ALL THE TIME.

Or, at the very least, have the courtesy to withhold the fact that you are going to ignore that person’s advice until you are out of reach.