I just finished reading Tony Hsieh’s book Delivering Happiness. I really can’t say enough good things about it. The book is a genuine, honest and inspiring account of a clan of entrepreneurs. Each page has thought-provoking, action-inspiring stories. But here’s a list of the ones that hit closest to home as we bring Yesware out of concept and into the marketplace. 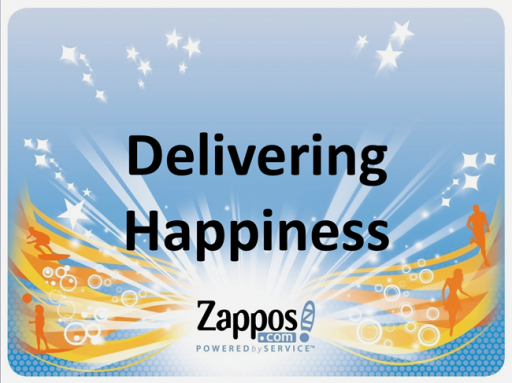 One of my previous board members said this to me, and the Zappos story proves it on a much bigger scale. Live to fight another day. Do what it takes to get another swing at the bat. Cut your losses and move on.

In the early days, the entire Zappos team makes crazy sacrifices (taking no salary, selling everything they own, moving into a dorm together) to keep working together. Most winners don’t defeat everyone else. They just survive longer.

In startups, there’s never enough money to do what you want. The search for “buzz” is so seductive… if only Yesware can get on Techcrunch, we’d be… what? We’d have more visitors to our site that day. But if it’s a choice between spending money on PR and spending money on “WOW-ing” your customers, Zappos is all about the WOW.

Midway through the book, after selling LinkExchange to Microsoft and before Zappos, Tony got obsessed with poker. He’s got two pages of notes on the lessons he learned from poker that apply to business. But the most important lesson was the one it took him longest to learn: “Table selection is the most important decision you can make.” For entrepreneurs, Tony means both choose the industry and the competitive space you enter carefully. But more importantly, he means you don’t have to sit at an existing table. I

n business you can define your own table, or expand the size of a given table by adopting a bigger vision. At Yesware, we’re building “Email for Salespeople.” Sitting at the existing email table would be suicide, so we’re creating a different one – one where we can actually play.

Hire for fit as well as skills

If you’ve shopped at, or read anything about, Zappos, you know that their company culture is strong, flexible and slightly crazy. Tony and one of his HR managers describe in some detail about how the hiring process is about finding cultural fit as much as skill set. They routinely turn down skilled, successful people who would almost definitely add to the top or bottom line, because they don’t fit with the Zappos culture.

Building a culture or a clan includes guarding your borders. If you are doing that well, you don’t need a corporate blessed Powerpoint or a restricted list of people who can talk about the company. Every single person can talk about your company to everyone they meet.

It’s tempting to look at a successful company like Zappos and think that financing can’t be a problem for them. The way it turned out, though, almost all of the real crisis moments come when Tony can’t raise money to fuel his company’s growth. Although he had made Sequoia 16x their investment on LinkExchange, the VCs wouldn’t fund Zappos until they had gotten very far along indeed.

At several stages, Zappos was basically out of cash and couldn’t get anyone to step up. If Tony hadn’t been willing and able to sell almost everything he owned and put it into the company, they would have been dead. Even the sale to Amazon, after Zappos was selling $1 billion worth of goods, and was profitable and cash flow positive, sounds like it was all but forced on the team by investors on the board. Wells Fargo is the only financier who emerges from this book unscathed.

Tony’s #1 “Top 10 Questions to Ask When Looking for Investors and Board Members” is “Do you really need investors…?” Ugh.

During one of those crisis moments, Tony is tempted to cancel his trip to climb Mt. Kilimanjaro. But he doesn’t. He goes. He suffers mightily on the way up, and he has the transcendent experience at the top that only people who set and achieve their goals can feel. And amazingly, it all works out at home.

As someone who just cancelled a long-planned trip to keep working on Yesware, I admired Tony’s strength in continuing with his plans. He trusted his team. He knew that life was bigger than his job. And he returned from Africa as a stronger person, a better leader.

Life is not zero-sum

Although some investors and business people will disagree, in the long term, the real rewards from life are not taken from one for another. They are shared. One of the ways that Zappos survived their financial crunches was by relying on their vendors for financing. By paying vendors more slowly, Zappos made their thin cash margin last longer. And although this happens in most startups, Tony is convinced that his vendors were more patient than usual because Zappos continually searched for win-win situations with their partners. In the end, both Zappos and their vendors found a mutually beneficial solution. Search for partners who share that same attitude and cherish them.

Everyone just wants to be happy

The Buddha was the first person to highlight this, but Tony brings it into the business context beautifully.

Build your culture from the start

As strong as the Zappos culture became, Tony says he wishes he could have started developing it earlier. It really wasn’t until the company was five years old that they started coalescing the values that would become Zappos. From your first hire, from your first partner, build your culture consciously. Think about what kind of work environment you want to create, and nuture the personality of your company in that direction from the earliest days.

“Unconventional” is a generous way to describe Zappos culture. From spontaneous parades to randomly sending flowers to their customers, there’s a tinge of madness in the air. But that’s Zappos, and they’ve harnessed that energy to create something truly awesome. Being yourself is crucial to success in sales. Tony Hseih proves it works for building a billion-dollar company too.

Thanks to Tony and the entire Zappos team for sharing your experiences with all of us.

Just a Reminder: How to Write a Reminder Email (Templates)

How to Track Email Attachments