Last week I went to a goodbye party for Baydin Software, a great group of people looking to innovate on email. But they couldn’t get funded in Boston, so Alex went to the Bay Area, gave Dave McClure a ride, and hooked his first seed investor! He was convinced that the west coast is the place to be for startups, so he’s moving out there as we speak.

And he’s not alone. The Boston press/blogosphere has been rife with news about companies bailing beantown for the lotus-land of California. From TaskRabbit to WePay to (we’ll never live it down (worse than sending Ruth to the Yankees)) Facebook, Boston has lost a lot of talented people and interesting companies. You’d think that the startup zones of Boston were deserted – littered with ramen wrappers and blank convertible notes. 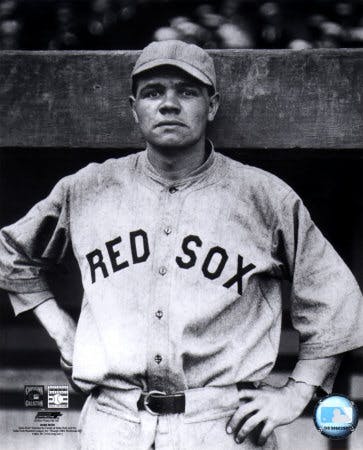 But it’s not. Yesware’s not going out west, and you shouldn’t either. Here are my top three reasons:

1. A frothy investment environment is bad for entrepreneurs

Fred Wilson is warning that there’s a bubble environment in seed-stage angel investing. That may be true everywhere, but it’s certainly true on the west coast. A very experienced VC wrote me yesterday that: “West coast pre-revenue startups are doing convertible notes at a $5m cap, or uncapped(!) if they are really hot, while east coast startups are raising money at priced $2m-$4m premoney valuations.” (for a quick primer on what this means, read this). Depending on what discount the note holders get off the Series A, valuations can be 2x to 4x greater on the west coast.

“West coast pre-revenue startups are doing convertible notes at a $5m cap, or uncapped(!) if they are really hot, while east coast startups are raising money at priced $2m-$4m premoney valuations.”

I know what you are saying! “Bellows! You just blew your point! We’re packing our bags!” But wait. I strongly believe that those bubbly investment conditions are exactly not the conditions in which you want to start your company. You want investors who care about you. You want investors who use a rifle, not a shotgun. The spray-and-pray guys just won’t be able to concentrate on your company when you need them.

In a startup, everyone on the team – investors, employees, interns and founders -needs to be pulling together. If your investors are spending all their time doing more deals, they can’t be pulling with you. Moreover, although early big valuations can work out for the entrepreneur, they generally don’t. I’m more concerned about over-pricing a Yesware seed round than underpricing it. Once those early relationships are burned, they are very hard to recover.

2. Out west, there’s too much competition for scarce resources

I love starting companies in a recession. There are lots of great people with a little bit of free time, and they are usually looking for something interesting to do. On the west coast, those people are all working on their next social media feature/product – so they can’t help you. Or they are out partying/drinking/schmoozing instead of working every night.

Brad Hargreaves is right – that scene will kill you and your company. It’s harder to get attention, it’s harder to find collaborators, and it’s harder to keep key people because there’s always another hot company when they pass their vesting cliff.

Getting seed investors and getting paying customers should be just about as hard for the early stage company.

Getting seed investors and getting paying customers should be just about as hard for the early stage company. If it’s not, entrepreneurs get a free pass until the money is gone, and that doesn’t help anyone. And good early stage investors provide an important filter for half-baked ideas. If raising a seed round is too easy, then there’s no market feedback. That’s a killer in early stage companies.

I met yesterday with an active investor in Boston Common Angels. He said “Lots of companies claim that getting funded here is tough, but based on what I’ve seen over the last 9 months, it’s mostly on them. We see a lot of people pitching garbage and expecting to walk out with a check.”

It’s seductive to think that all will be better out west (especially as winter approaches). And some things are undeniably better out west (fish tacos). But doing a startup requires focus, dedication, a supportive community and some luck. There’s more of all of that in Boston.