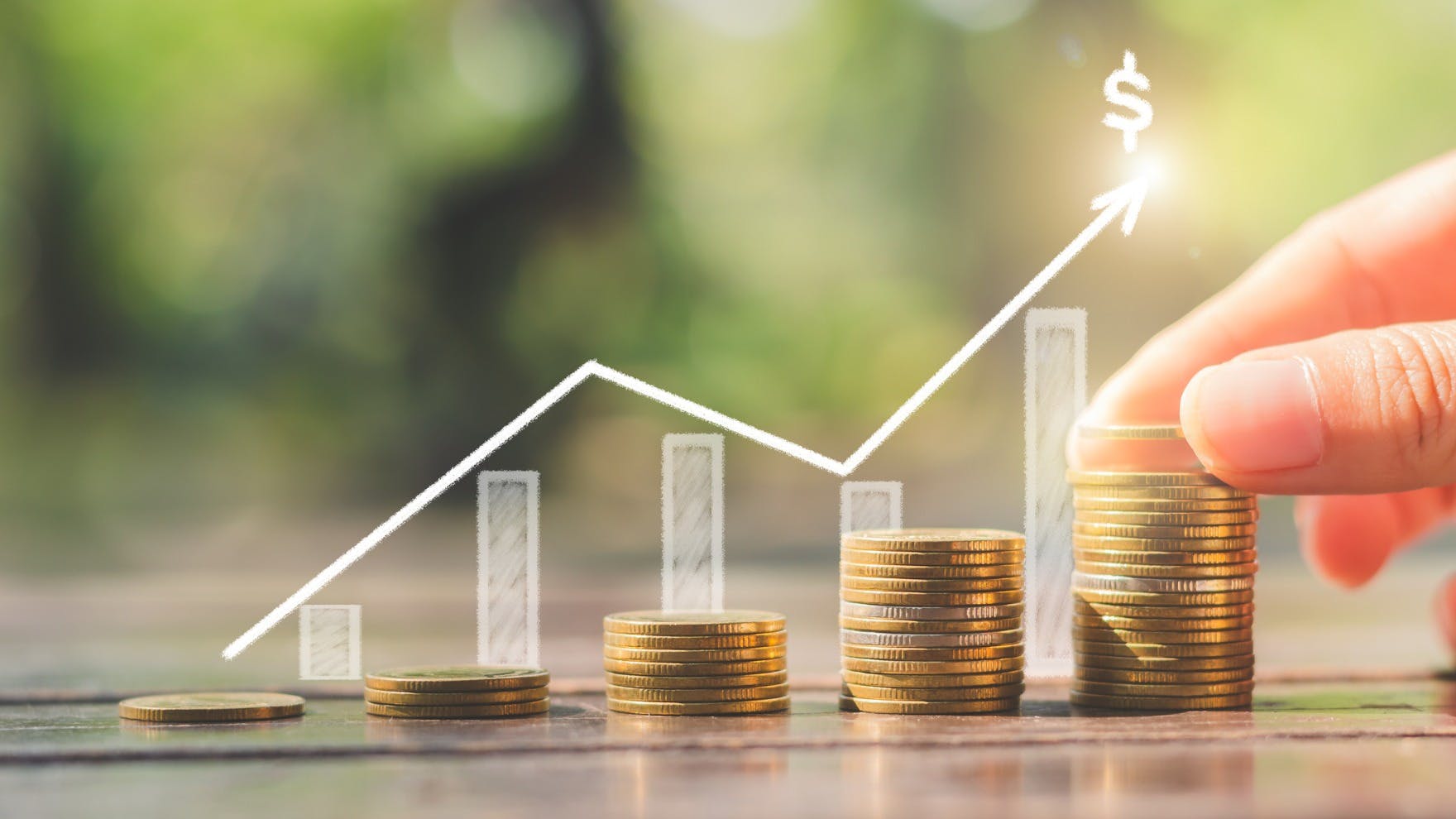 Sales territory management has a huge impact on the success of your organization. Effectively managing your sales territory strategy improves performance, morale, and productivity.

To tackle this topic, we brought in expert Scott Sims, Principal Emeritus at ZS Associates, one of the world’s leading sales and marketing consulting firms. The firm helps top organizations optimize their sales force to drive growth.

Scott Sims has spent his career helping some of the largest and most successful selling organizations achieve even better results.

What Is a Sales Territory?

Sales territories are the defined groups of potential customers assigned to salespeople. The groups are typically based on geography but can also be divided by account type, industry, or sales potential. 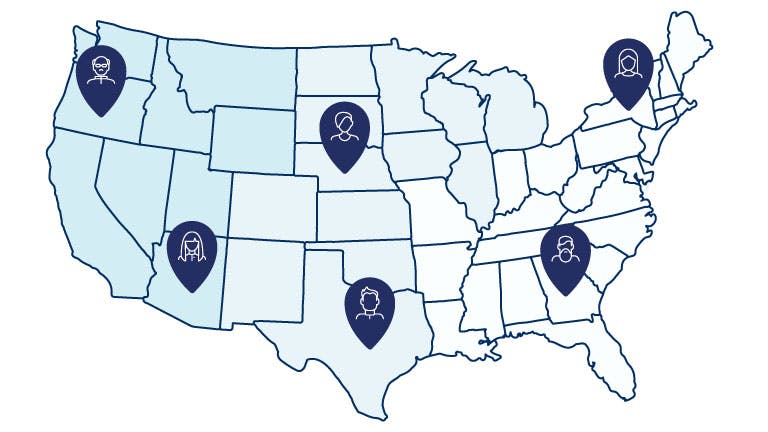 This division of areas helps distribute responsibilities and allocate resources. Territories also instill clear boundaries on which sales professionals work with which customers.

The way you structure and distribute these territories has a tremendous impact on your bottom line.

We’ll dive into territory planning and management below with nonetheless than sales expert himself, Scott Sims.

Why Sales Territory Management Is Important

Sales territory balance means that every territory has roughly the same potential for success. This is a super important concept to pay attention to when managing a team.

Unbalanced territories cause numerous problems in sales organizations, not only to employee morale but to company success and growth.

This imbalance results in insignificant levels of activity from sales reps either being stretched too thin or not given enough opportunity. This leads to lost sales or even loss of employees because of unfair distribution and compensation.

Sims discusses the importance of sales territory balance: “You need to try to balance the territory so that every salesperson feels that they have an equal opportunity to succeed.”

Lead your team to successTrack, analyze, and standardize what’s working

In sales, sometimes you’ll hear “X salesperson is doing better because they have all the good accounts.”

ZS Associates conducted research over time to estimate the amount a salesperson’s performance can be explained by territory potential. And it’s a surprisingly big number.

Sims gives an example of territory balance in action with a former client:

“We had a client who initially said ‘I’m paying my top-performers too much, we need you guys to come in and fix it.”

“But once we started digging into it, what it turned out is, this is a company that had about 1,500 salespeople and they had around 75 to 80 ‘top performers’ who were very successful and making a lot of money. They didn’t have a geographic territory, they had a number of accounts in their bag that they called on, and their number was around 60-70 accounts.”

“What was happening is, as a new opportunity came through marketing, the sales managers would draw and hand that account off to their better salespeople immediately. So not surprising when the accounts were really good the salespeople chased right after it – this contributed to the problem of unbalanced territories.”

Sims explains that in recent ZS research, “there was a drop to the bottom line of anywhere from 6-10% in a year if you re-balanced your territories properly – there was that much low hanging fruit.”

Sims dives into what this finding reveals about sales territory management and unbalanced accounts:

“What that implies is that if you have an unbalanced market, you have a handful of territories that are super-rich, that is even, if the salesperson spent 24 hours a day running around their territory, they still couldn’t cover all the opportunity and potential, ultimately leaving money on the table.”

“Because they’re gonna go to the accounts that they know well and that’s gonna allow them to hit their targets, budgets, etc. but that also implies that there are a bunch of territories that don’t have nearly the potential at all that the salesperson can go after, that is they pretty much run out of potential before the month ends.”

“So you’ve got a salesperson who’s struggling, not for lack of trying, but because they’ve run out of opportunities to chase after.”

To fix the problem, this is where strong management comes into play. It’s all about finding the right balance.

“You want to move the accounts, move the territories, such that your better performers, if they are in an over-subscribed territory, aren’t leaving money and opportunity on the table. And the other side of the balance, they’re not done with their work the 3rd week of the month.”

ZS Associates found that up to half of sales performance can be explained by territory potential vs. the actual skill of the salesperson.

“One of the measures we look at is when a salesperson leaves a territory (they quit, you fired them, etc.), what we’ve typically found is that in year 1 after that person has left and the territory is left vacant, anywhere from 75-80% of the business will come back automatically. And by year two it degrades to about 50% and by year three about 30%.”

“It’s an important thing to keep in mind because if that’s the case, what are we paying people for? We’re not trying to just pay them to succeed in a territory that already has a good solid base of business, but you want them to be winning new sales, new opportunities out there.”

When it comes down to it: half can be explained by what exists in a territory.

The noise everyone hears – ‘My territory is in Virginia so of course I can’t do as well as the person up in NYC.’ That’s true, but as a sales manager, you need to think: how can I help that person to give them more opportunities and better targets.

One of the fundamental tenants of ZS Associates that’s helped a lot of companies over time is the idea that the size of your sales team may be an inhibitor to your growth.

Scott Sims states that when your company isn’t growing, some people may automatically think: “the sales team needs to up its game.” But you need to look at where and why.

Sims reveals that an interesting place that people often forget to look is the middle group of performers on your sales team.

When you look at your sales force, you have the top performers that everyone knows about, and the few that aren’t doing so well, but what you need to look hard at is the middle performers – the average group (which is also the biggest group).

“If you’re not seeing the growth that you’d expect within that group, it might indicate that maybe they’ve run out of room in their market, or the market itself has gone beyond what they can accomplish or go after. Maybe you’re missing a lot of the marketplace.”

Sims states that when helping organizations with this problem, his team asks: “Are you getting a lot of noise from your sales team in terms of complaining about the territories?” For example, you might hear ‘the salesperson in the territory next to me is poaching my accounts’ or there’s lots of noise across territories.

“If you don’t hear any noise, that means there’s actually a fair amount of opportunity not being covered. You’re looking for that balance. You want to have some noise that tells you you’re not missing anything. You might feel good that no one is complaining, but that’s not the best answer.”

Those are the signs that your sales force isn’t sized appropriately. In this case, it needs to be larger. 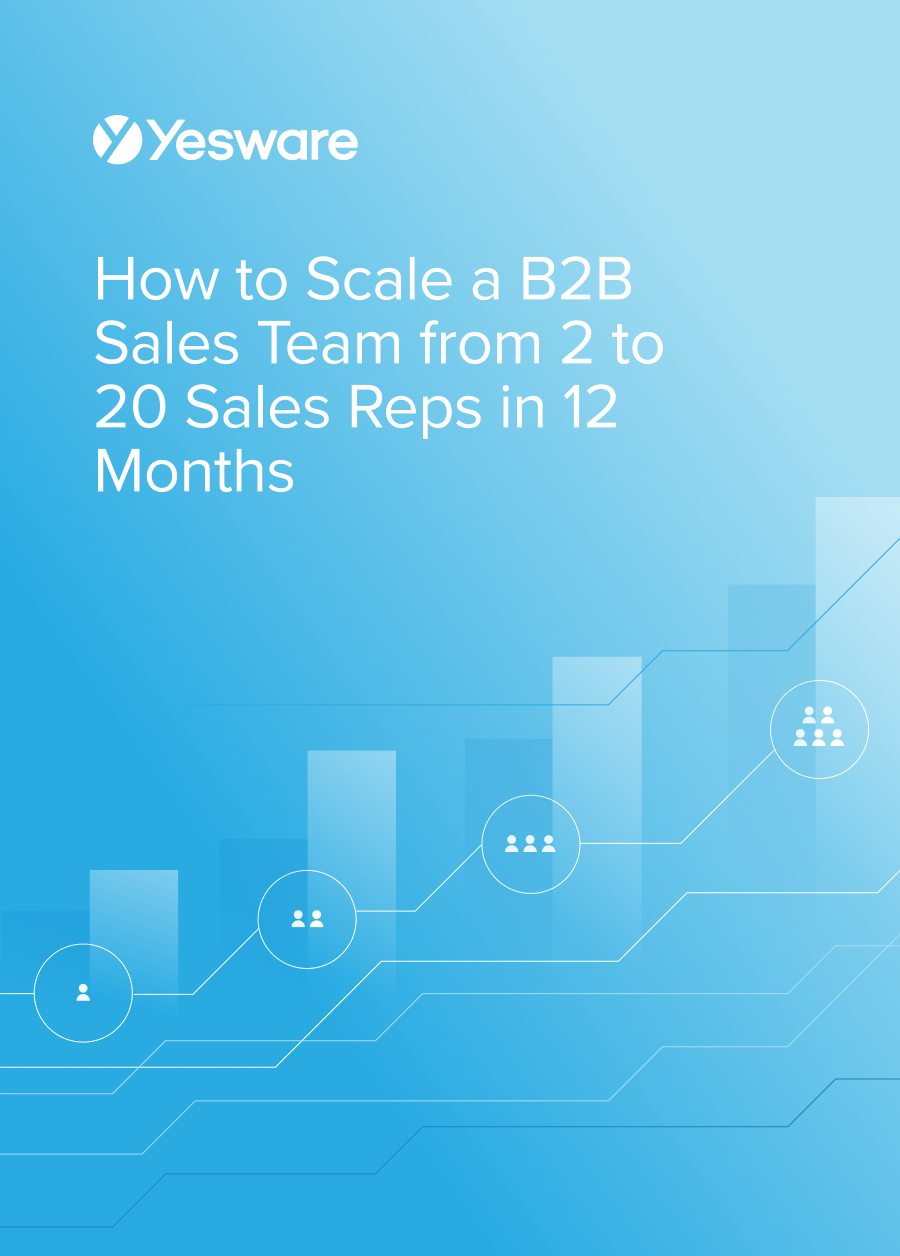 How to Scale a B2B Sales Team from 2 to 20 Sales Reps in 12 MonthsA step-by-step blueprint and action plan for growing a sales team in a way that maximizes profitability.

Both Scott Sims and Joel Stevenson agreed on the power of data to help manage your team and territories.

Especially in today’s selling landscape with more inside selling and remote selling than ever before.

“Now everything is knowable because it’s digital vs. the old days in sales. Now there’s an opportunity for a much higher level of data fidelity. For folks that are smart about what they’re doing with that, collecting it, and applying the right analytical rigger to it, theres opportunities for significant improvements in efficiency vs. what we woulda seen years ago.”

Sims gives his take on this as well:

“The question is: How well are you using that data? Are you capturing it properly? Are you formulating and running it through in a way that you can make that better decision that says ‘Hey Scott, next week instead of calling on these three accounts, you should be calling on these other four because we’ve now learned that their buying cycles are different and this is a better fit’ – those are the kind of things that sales managers should be looking at so they can make those determinations and decisions to help guide their sales team. So I think opportunity is absolutely there now.”

Through Joel Stevenson and Scott Sim’s conversation, it’s clear that sales territory management, balancing these territories, and using the data we have accessible to us, are essential for the success of a business.

It’s important to really understand the potential in your marketplace to make the necessary adjustments and accelerate growth.

The findings are clear that re-balancing territories has a strong impact on not only employee morale but the success of your business. And although the steps to getting there are different for every company, the tips and pieces of advice from Scott Sims can help lead you in the right direction.

Listen to the full podcast here:

18 Sales KPIs All Successful Sales Teams Should Be Tracking

Guide to Sales Commission Structures in 2022 [With Examples]