The Complete Sales Email Frequency Guide: Why It Pays To Follow-Up 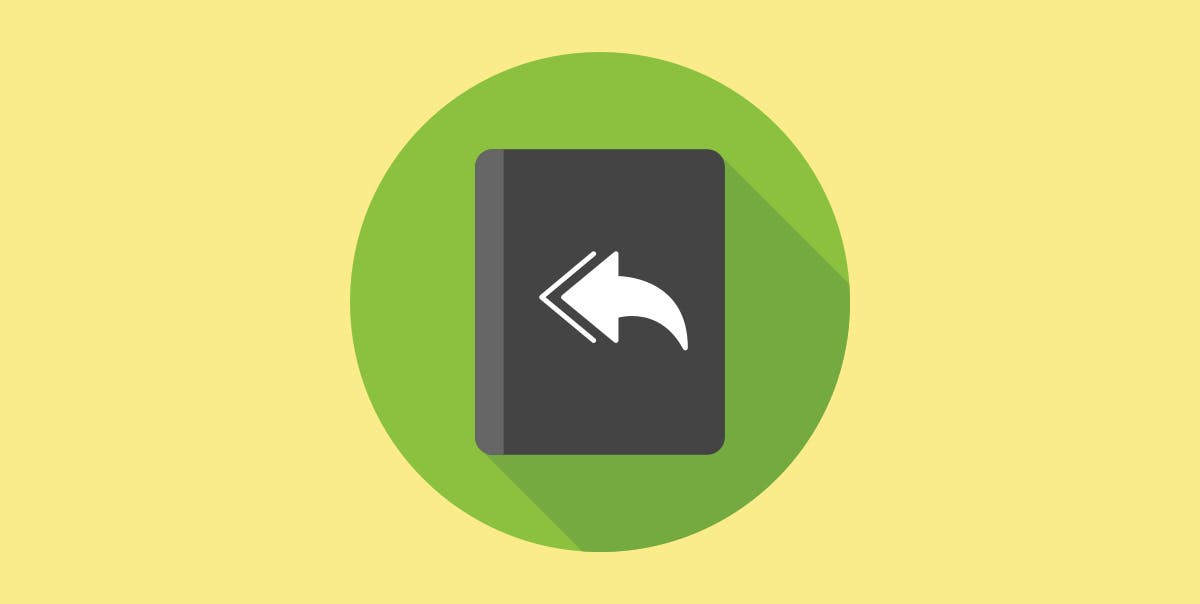 It takes just one day for an email to be a lost cause. That’s why follow-up emails are so important.

Drawing on data from over 500,000 sales emails sent by Yesware users in Q1, looking at email read recipients, we found that if your email is ever going to be opened, 91 percent of the time it’s opened within a day after you sent it.

Time your follow-up perfectlyGet notified when prospects read your emails, click on links, and view attachments

Let’s look at the data: 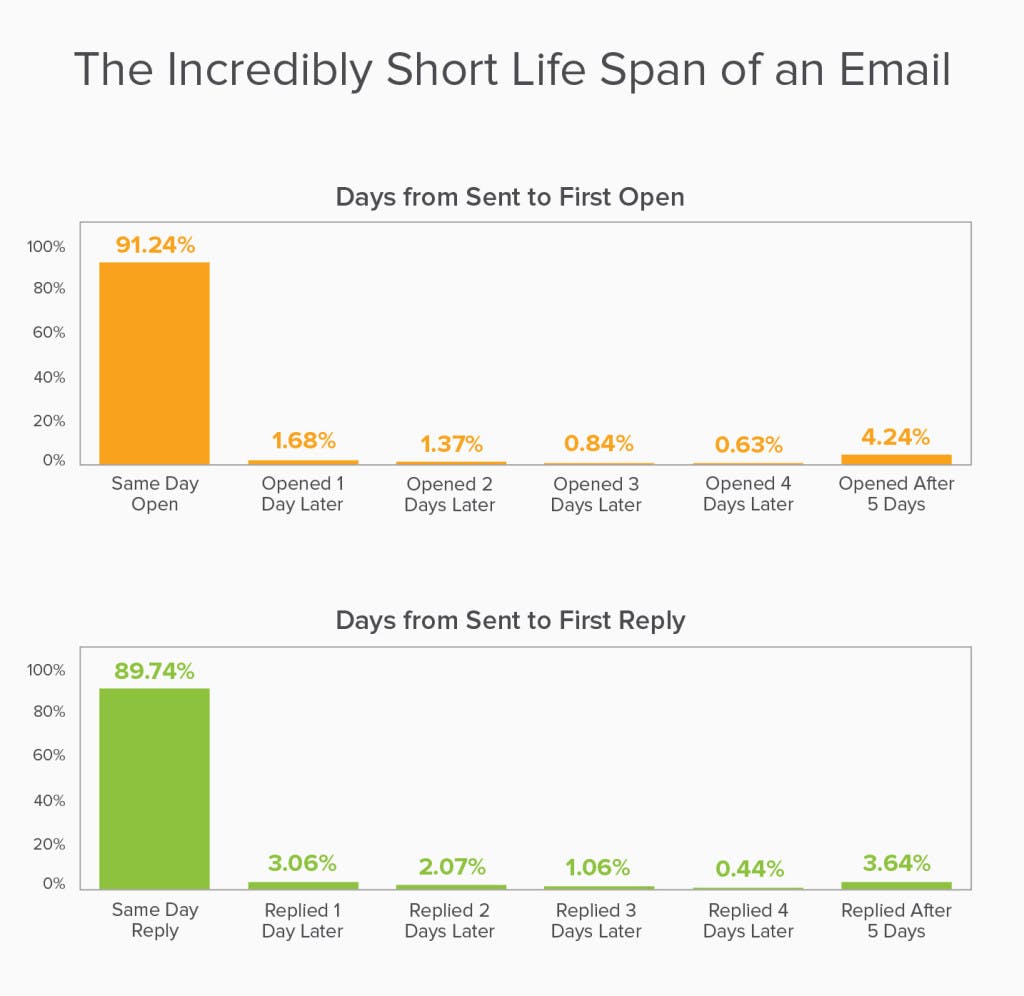 What this means: It pays to be proactive.

After you send a tracked email and can see that it’s opened, the countdown is on. Any replies will most likely occur that day, so don’t sit around waiting for a reply if you haven’t received a response within a day or two. Send a follow-up email.

Why Follow-Up Emails Are Worth It

Deciding when and how to follow up with people who don’t respond to your initial email can be tricky — especially when you can see that they’ve opened it.

It’s not easy to strike the balance between adding value and being annoying. So it makes sense that the majority of sales folk may choose not to follow up at all. 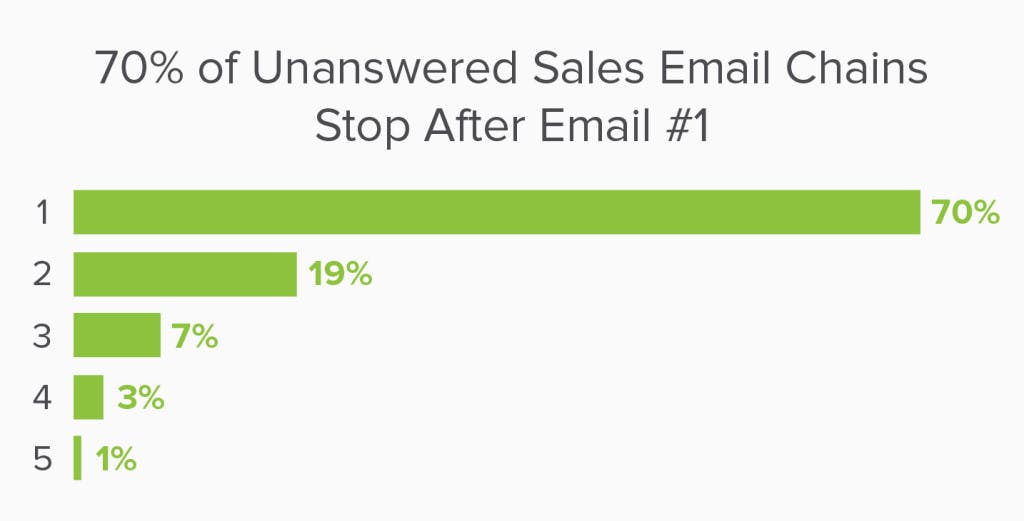 We ran the numbers and found that 70% of unanswered sales email chains stopped after the first attempt. Only 19% went on to email a second time.

That’s a lot of missed opportunities.

According to Yesware’s data, if you don’t receive a reply to your first email, you have a 21% chance of getting a reply to the second one. Still no reply? Take heart and keep sending: There’s still a 25% chance that you will eventually hear back from the recipient. 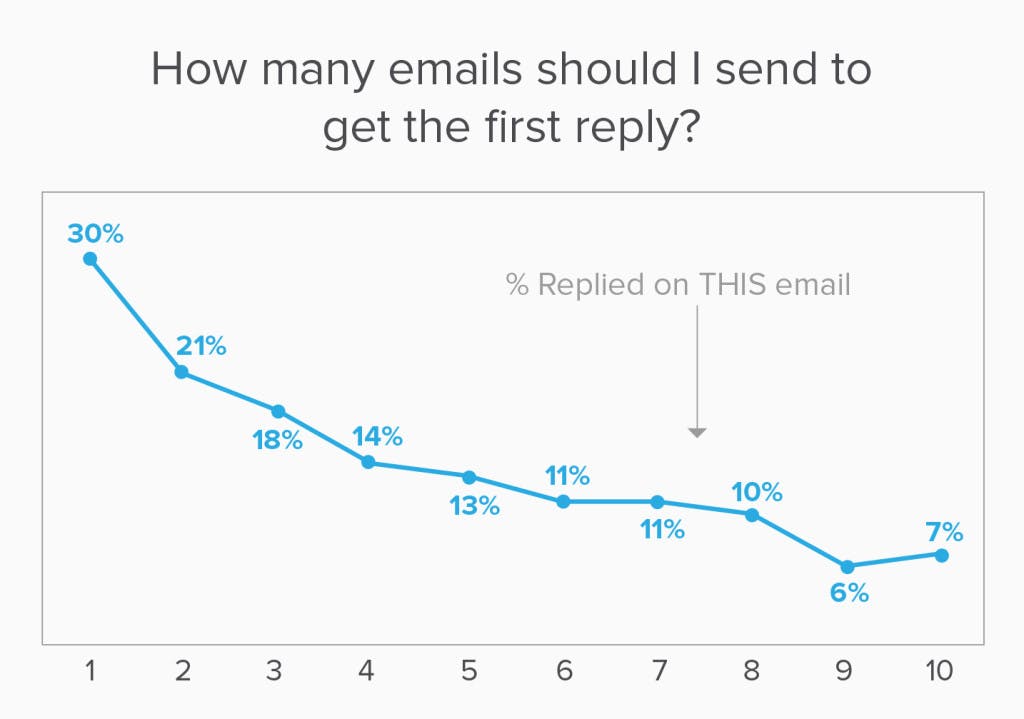 What this chart illustrates is that by continuing to send more emails, you create more opportunities for your recipient to reply. It is a study in scale. Greater volume of emails should correlate to greater total response, and the chart above shows this to be true.

The lifespan of an email is incredibly short, which makes your follow-up messaging incredibly important. Remember that:

And as always, be sure to keep experimenting, iterating, and improving. Here are some of our favorite follow-up email resources to help you get started.

20 Alternatives to Say “Looking Forward to Hearing from You”